The U.S. state of New York is divided into 62 Counties. Explore the New York County Map, all Counties list along with their County Seats in alphabetical order and their population, areas and the date of formation. 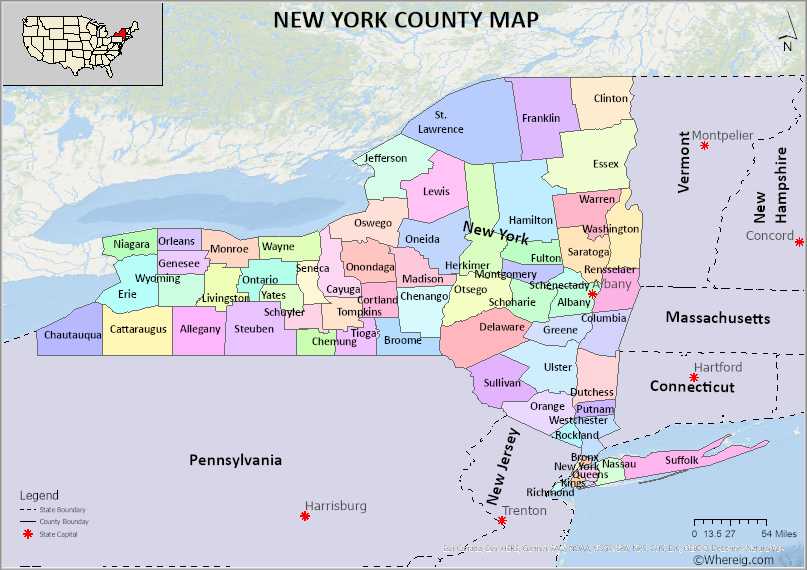 About Counties of New York

U.S State of New York is located in North-eastern part of the country. New York was in fact one of the 13 original colonies of United States. The total area of New York is 54,556 square miles that would account for 141,300 square kilometres. New York is the 27th biggest state by area. It is the fourth populous state in the United State. The state shares the borders with Jersey and Pennsylvania in south, Connecticut, Massachusetts and Vermont in east, Canadian Provinces of Quebec in north and Ontario to the northwest. The capital city of the state is Albany. Albany is situated on the bank of Hudson.

Counties in New York are governed by New York County Law and the local government that is administered by either a Board of Supervisors or a County Legislature. t the cities and town are governed by superiors.

The U.S. state of New York has 62 Counties. This is list of New York Counties and County Seats in alphabetical order along with check their population, areas and the date of formation.

List of Counties in New York with County Seats