Federal Republic of Germany has 16 sovereign states. Berlin, Hamburg and Bremen are the 3 city-states in Germany. Bremen is the smallest and Bavaria is the largest federal state of Germany, it comprises 70,550 square kilometers. 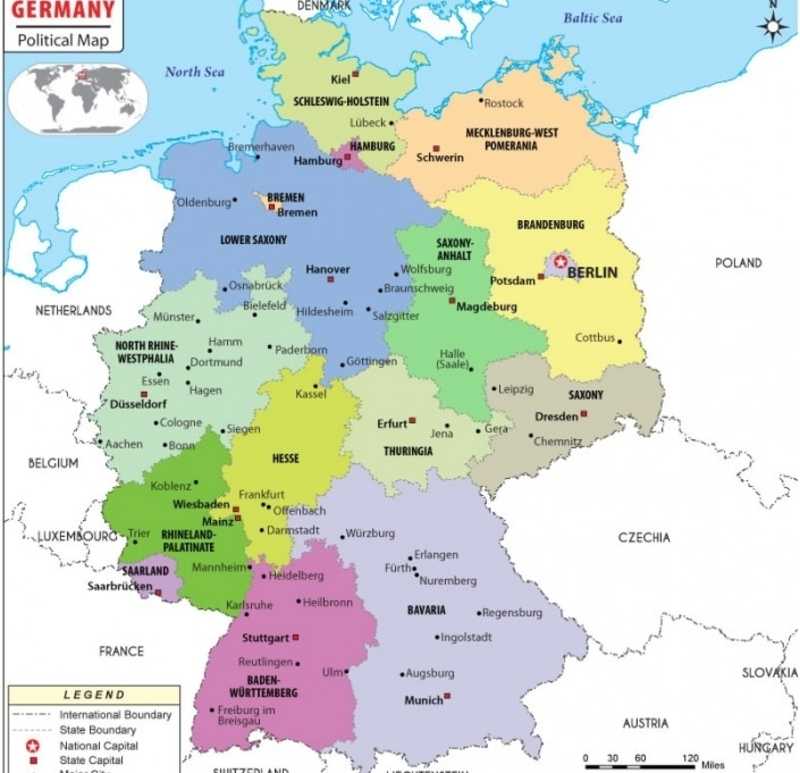 About Map: The map showing Capital of German States.

This is list of Germany states and capitals by population. Germany is a country located in the Western Europe. It is bordered by Austria, Belgium, Czech Republic, Denmark, France, Luxembourg, Netherlands, Poland, Switzerland, the North Sea, and the Baltic Sea. Berlin is the capital and largest city of Germany. It is also a state-city.