Where is South Korea

Where is South Korea 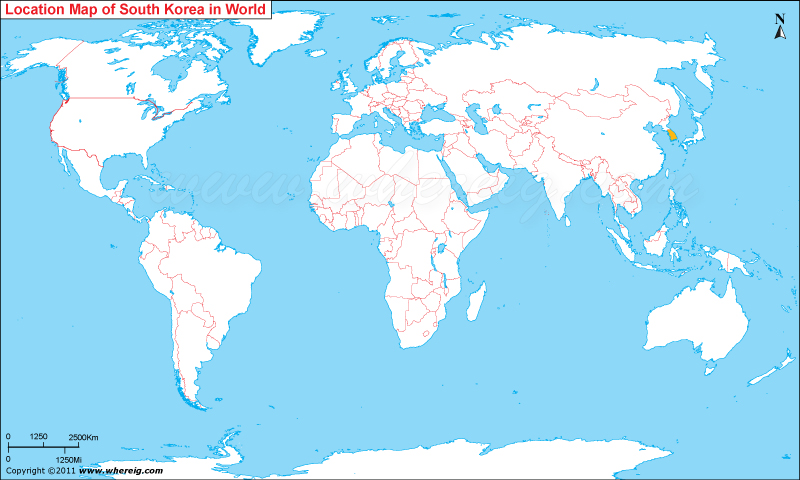 Map showing Where is South Korea located on the world map.


Where is South Korea Located?

Pretty familiar and developed country always remains in news due to its political importance and development. South Korea is eastern Asian country located south of North Korea, east of China, and west of Japan on the southern portion of the Korean Peninsula. The capital city of South Korea is the Seoul.

Government system of South Korea is a presidential republic, which consists of sixteen administrative divisions. The country infrastructure, technology, education system, and economy are very developed and hence, country has high standard of living. Some of the world-wide recognized technologies and industries in South Korea are automobiles, electronics, machinery, ships, petrochemicals and robotics. It is a founding member of APEC and the East Asia Summit. Besides, South Korea is also member may international organizations such as the United Nations, WTO, OECD and G-20 etc.

Mountainous peninsula of South Korea is flanked by the Sea of Japan (East Sea) from east and Yellow Sea from the west. However, in the South Korea Strait separates it from the other islands.

Since, South Korea flanked largely with water bodies, hence it has humid subtropical climate and humid continental; precipitation is higher in summer during a short rainy season called jangma. A winter is generally extremely cold with the minimum temperature measuring below -20 °C in the inland region of the country.

In addition, South Korea has some of the very much important and beautiful sites where tourists of the world prefer to visit. For the South Korea tourism, government is also keen. Some of the important sites of South Korea are natural landscapes, museums, national park, and religious sites, largest and capital city Seoul.