Where is Philippines Located

Home > Where is Philippines 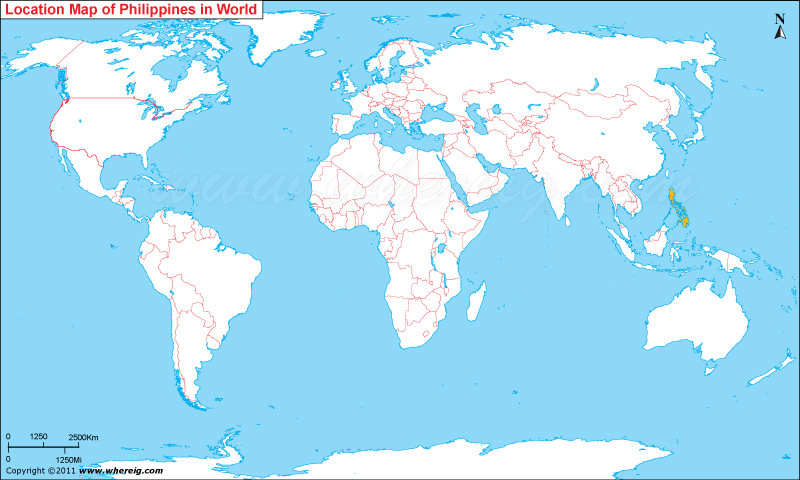 Where is Philippines located on the world map?
The given Philippines location map shows that Philippines is located in the western Pacific Ocean which is part of south-east of Asia continent. Philippines map also shows that it is a group of islands surrounded by the Philippine Sea in the east, Selebes Sea in the south, Sulu Sea in the south-west, South China Sea in the west, and in the north, it is separated by Luzon Strait from Taiwan. Likewsie, Philippines nearest neighbors are China andTaiwan in the north, Malaysia and Indonesia in the south-west and south accordingly. Likewise, archipelago of Philippines consists of more than 7,100 islands, which are broadly categorized into three main geographical divisions: Luzon, Visayas, and Mindanao. Geographically, the group of islands fall under the premices of Ring of Fires and hence more porne to volcanic activity and earthquakes. However, tropical climate facilitates it with one of the richest biodiversities of the world. The government type of Philippines is a constitutional republic featured with a presidential system of government. The President acts as head of state as well as head of government. The President of Philippines is also the commander-in-chief of the Philippines armed forces. However, the country is governed as unitary state other than the Autonomous Region i.e. Muslim Mindanao. It is almost free from the national government. Moreover, Philippines’ economy is largely dependent upon the export of semiconductors and electronic products, copper products, petroleum products, transport equipment, garments, coconut oil, and fruits.