Home > Where is Oman 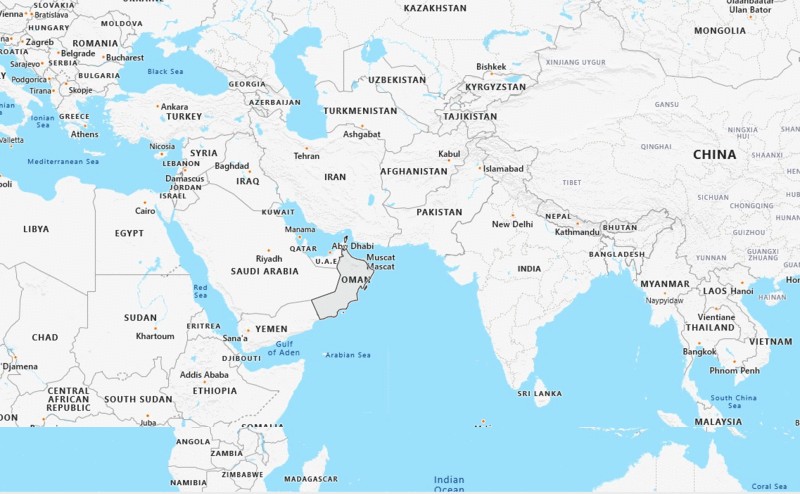 Where is Oman located on the world map?
The given Oman location map shows that Oman is located in the south-west of Asia. Oman map also shows that it is located on the south-east coast of the Arabian Peninsula. Oman shares its international boundaries with Yemen in the south-west, Saudi Arabia in the west, and United Arab Emirates in the north-west. Besides, it has coastline with Arabian Sea in the southeast and with Gulf of Oman in the north-east. The climate type of Oman is a hot climate and having very little rainfall. Surprisingly, in the entire Arab region, Oman is one of the most developed and stable countries; this is why the United Nations Development Program enlisted Oman as the most-improved nation in the last 40 years in the year 2010. The government type of Oman is Monarchy; hence, the head of state and of the government is the hereditary sultan. The Sultan Qaboos bin Said Al Said appoints a cabinet called the "Diwans" which work is to assist him. Oman's economy is largely depends upon the oil. However, some of the other sectors are being developed, tourism is one of them.