Where is Sri Lanka?

Sri Lanka officially the State of Democratic Socialist Republic of Sri Lanka, is an island country located in South-Central Asia. Sri Lanka shares a maritime border with India and the Maldives. It lies in the Indian Ocean, southwest of the Bay of Bengal, and southeast of the Arabian Sea; and separated from peninsular India by the Palk Strait.

Where is Sri Lanka on the World Map 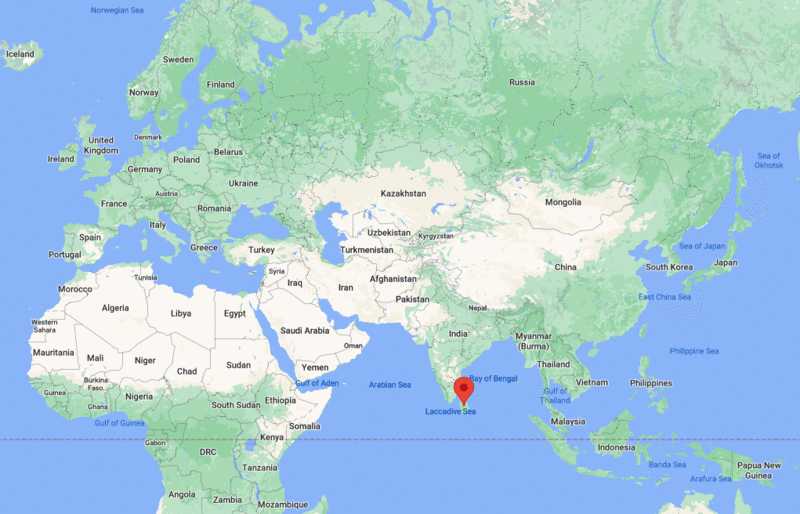 About Map: Map showing Where is Sri Lanka located in the World Map.

Where is Sri Lanka Located?

The given Sri Lanka location map shows that Sri Lanka is located in the South Asia. Sri Lanka map also illustrates that Sri Lanka is an island country separated by Indian sub-continent through maritime boundary Pak Strait. Likewise, the entire country lies in the Indian Ocean. Above all, due to its location, it is geo-strategically very significant because it lies in the naval route between the south-east Asia and west Asia.

The country has evidences of a long and colorful history of more than three thousand years old corroborated with one of the longest documented histories of the world. However, at present, the government type of Sri Lanka is a republic and a unitary state which is governed by a semi-presidential system. The official seat of government is situated in the capital city Sri Jayawardenapura-Kotte.

Besides, Sri Lanka is a founding member of SAARC and also a member United Nations, Commonwealth of Nations, Non-Aligned Movement, and G77. The economy of the country is largely depends upon the plantation agriculture. The significant crops are tea, coffee, coconuts, rubber and cinnamon. Moreover, the natural beauty of Sri Lanka is integrated with the title The Pearl of the Indian Ocean, Besides, the country has white beaches and diverse landscapes with rich biodiversity laden with lush tropical forests.

What is the capital of Sri Lanka?

Sri Lanka has been divided into nine provinces and twenty-five districts.

Places to Visit to Sri Lanka