Home > Where is Vietnam 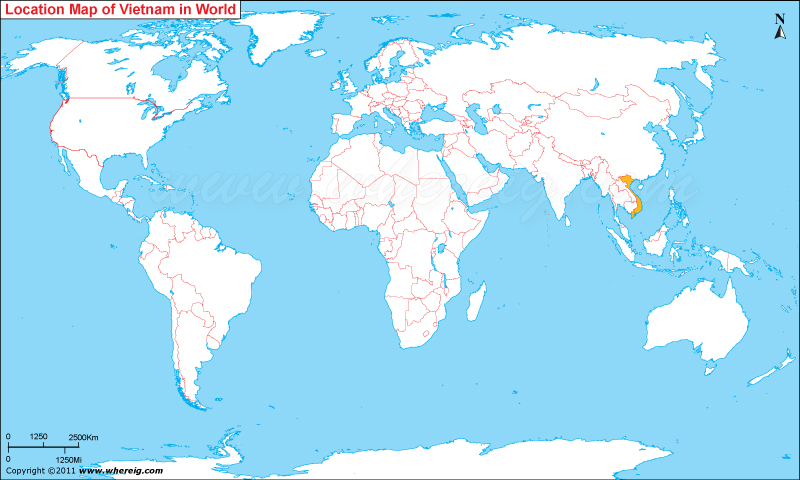 Where is Vietnam located on the world map?
The given Vietnam location map shows that Vietnam is located in the south-east Asia. Vietnam map also shows that Vietnam is the easternmost country on the Indo-china Peninsula. Map of Vietnam illustrates that Vietnam shares its international boundaries with China in the north, Laos in the north-west, Thailand in the west, and Cambodia in the south-west. Besides, South China Sea lies in the east. Vietnam got its independence from China a way back i.e. in the year 938 AD after the victory of battle of B?ch Đ?ng River. The government type of Vietnam is socialist republic featured with single party. Furthermore, the main role of the Communist Party of Vietnam was reaffirmed in the present constitution, adopted in the year 1992. The economy of the country is largely depends upon agriculture, manufacturing industries and other trades. Significant crops are cashew nuts, coffee, tea, and rubber.