Where is Seoul, South Korea?

Seoul is the capital and largest city of South Korea, located in the northwest of South Korea on the Han River, approximately 40 km east of the Yellow Sea and 60 km south of the Korean Demilitarized Zone (DMZ). 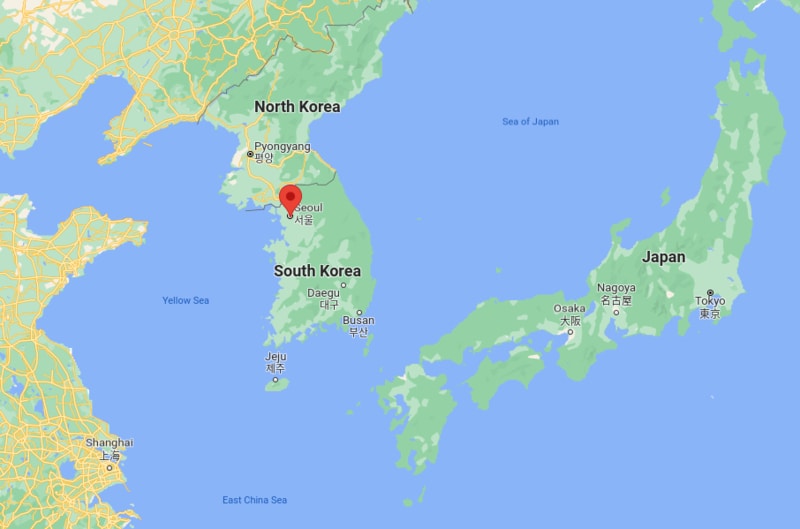 About Map: The map showing location map of Seoul in South Korea.

Where is Seoul Located?

As shown in the given Seoul location map that Seoul is located in the north-west region of South Korea. Seoul is the largest and capital city of South Korea. Surprisingly, the Seoul National Capital Area is the second largest metropolitan area of the world. It has about 24.5 million people and the area includes Incheon metropolis and most of Gyeonggi province.

The capital city Seoul is the economic, political, and cultural center of South Korea. The city is founded about 18 BC back and it is one of the oldest capital cities in the world. Surprisingly, the Seoul National Capital Area homes four UNESCO World Heritage Sites namely Jongmyo Shrine, the Royal Tombs, Hwaseong Fortress, and Changdeokgung.

Furthermore, the city Seoul is listed as global city by the Global Cities Index in the year 2010. It has been give the rank in the top ten cities. Surprisingly, the city comes under top ten financial and commercial centers in the world. So, it is highly technologically advanced in terms of business and infrastructures as well. It homes some of the top companies of the world namely Samsung, LG, and Hyundai-kia. Furthermore, Seoul was the first city that featured DMB, a digital mobile TV technology and WiBro, a wireless high-speed mobile internet service. It has a fast, high-penetration 100 Mbit/s fibre-optic broadband network, which is being upgraded to 1 Gbit/s by 2012.

Moreover, the city was named as the World Design Capital City by the International Council of Societies of Industrial Design for the year 2010.

Places to Visit & THings to Do in Seoul