Home > Where is Nepal 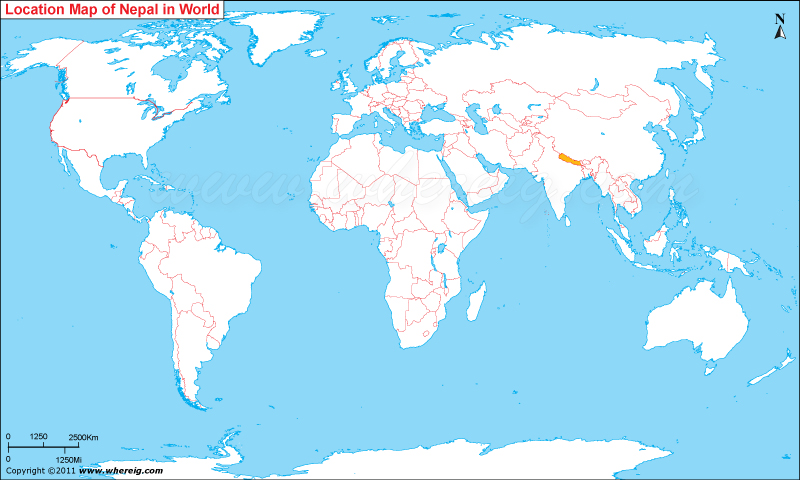 Where is Nepal located on the world map?


Where is Nepal Located?

The given Nepal location map shows that Nepal is located in South Asia. Nepal Map also shows that it is a small buffer country between its two giant neighbor countries i.e. China in the north side and India in its south side. Likewise, Nepal is a landlocked country situated entirely in the Himalayan region. The capital city of country is Kathmandu; it is also the country's largest metropolis.
World's highest mountain peak i.e. Mount Everest lies in Nepal; besides, it has more than 225 mountain peaks which heights are more than 6,000 meters above sea level.

The government type of Nepal is federal democratic republic; it is newly adopted in the year 2008. It was the result of long Civil War by the Communist Party of Nepal (Maoist) along with various other major political parties of Nepal. Nepal's economy largely depends upon agriculture that accounts 40% of total; however, other significant sector of economy is industry 22%. The important agricultural produce are tea, rice, corn, wheat, root crops, sugarcane, milk, and water buffalo meat. Hence, the Industries of Nepal are largely process and manufacture agricultural produce, including jute, sugarcane, tobacco, and grain.