Home >Asia Map > Where is Pakistan 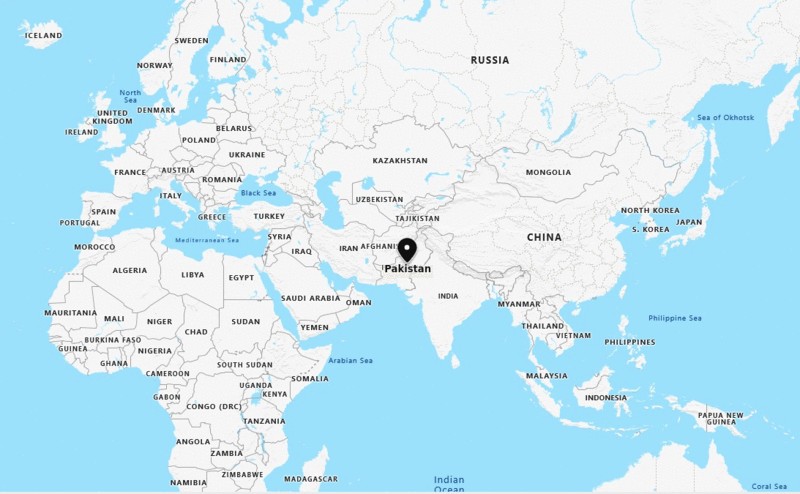 Where is Pakistan located on the world map?


Where is Pakistan Located?


The given Pakistan location map shows that Pakistan is located in the South Asia. Pakistan map also shows that it shares its international boundaries with Afghanistan in the west and north-west, China in the far north-east, Indian in the east, and Iran in the south-west. However, it has coastline with the Arabian Sea. Interestingly, Pakistan is the place of one of the oldest civilizations and various ancient cultures. Pakistan got its independence from the British Empire in the year 14 August 1947. However, it adopted a new constitution in the year 1956; thereupon, it is known as Islamic republic. So, the government type of Pakistan is a federal parliamentary republic comprising of four provinces and four federal territories.

The economy of the country depends collectively upon some of the significant sectors including agriculture, services, and other manufacturing sectors. However, due to infrastructure development and foreign investment, today, services have maximum contribution i.e. about 53 percent of total GDP.

Moreover, climate type of Pakistan varies from tropical to temperate with arid conditions present in the coastal south, featured with a monsoon season with enough rainfall and a dry season with lesser rainfall. In spite of being threat-full region because of terrorism, the tourism in Pakistan is still growing. Since, there is lot of tourists places with plenty of cultures, tourists across the globe come to enjoy them.