Home > Where is Lebanon 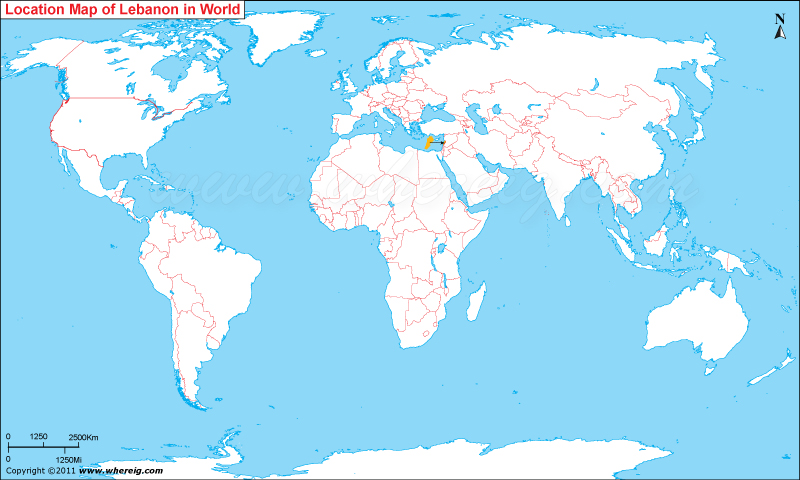 Map showing location of Lebanon in the world map? Lebanon is bordered by Syria to the north and east and Israel to the south, while Cyprus is west across the Mediterranean Sea.


Where is Lebanon Located

The given Lebanon location map shows that Lebanon is located in the western Asia. Lebanon map also shows that the Mediterranean Sea lies in the west of Lebanon. However, country shares its international boundaries with Syria in the east and north and Israel in the south.

Interestingly, Lebanon was the home of the Phoenicians. In fact, Phoenicians was a maritime culture, which flourished near about 2,500 years (3000 - 539 BC). In the western Asia, it was quite prosperous and having developed economy, agriculture, tourism and other financial power. It was the reason that it is also known as the Switzerland of East, and Lebanon's capital city Beirut was more popularly known as Paris of the Middle East because of its beauty and other infrastructure development that used to attract thousands of tourists across the world every year.

But after 2006 war i.e. between Israel and Hezbollah caused several civilian death and large scale damage to Lebanon's infrastructure. However, country's relatively strong economic system recovered almost very fast and again the Lebanon tourism is flourishing. The government type of Lebanon is a parliamentary democracy that implements a special system more popularly called as confessionalism.