Home > Europe > Where is Belgium 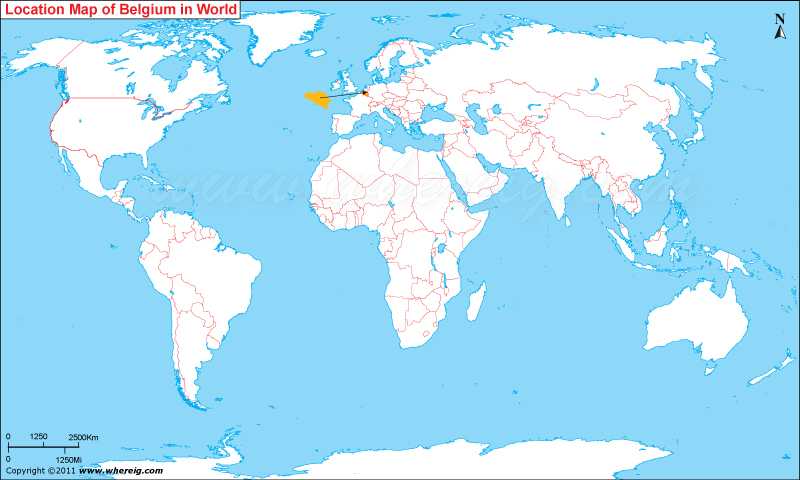 
Where is Belgium Located?

Belgium, located in the Western Europe is a small but well developed country. With more than 10 million population, Belgium is one of the most densely populated countries of the Europe. Interestingly, Belgium has rich history and it left impressive churches, town halls, castles and works of art throughout the country.

Belgium that is straddling the cultural boundary between Germanic and Latin Europe and it is home of two major linguistic groups, the French-speakers, mostly Walloons and the Dutch-speakers, generally Flemish. Besides, Belgium has also a small group of German-speakers. Furthermore, Belgium's two largest regions are the French-speaking southern region of Wallonia and the Dutch-speaking region of Flanders in the north. The capital city Brussels is officially bilingual.

Government type in Belgium is a constitutional, popular monarchy and a parliamentary democracy where the federal bicameral parliament consists of a Senate and a Chamber of Representatives exist. The King is the head of state, he appoints ministers, including Prime Minister, who has the confidence of the Chamber of Representatives to constitute the federal government.

Where is Belgium located on the world map? Belgium is located in the Western Europe which shares its international boundaries with France, Germany, Luxembourg, and Netherlands. By virtue of having a little coastal area, Belgium has maritime temperate climate along with significant precipitation throughout the seasons.

Moreover, Belgium is one of the highest countries who has pretty high "quality of life" in the world. It is well testified by measuring its high quality food, health care, housing, education, and infrastructure.