Home > Where is Denmark 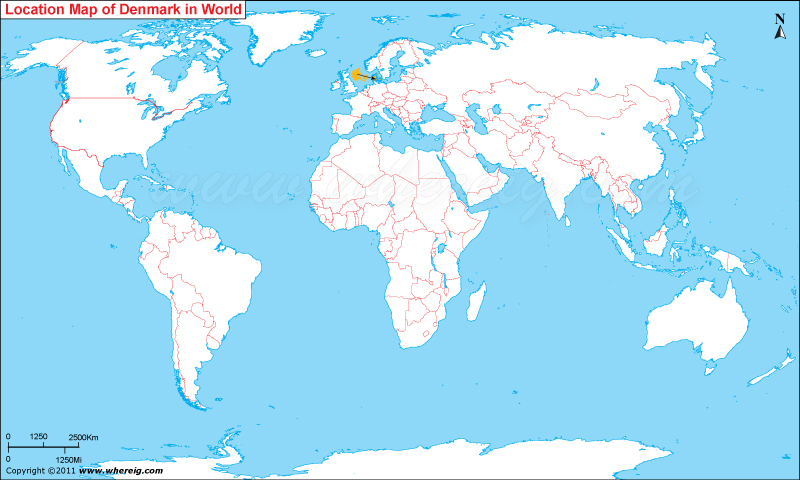 Where is Denmark located on the world map?


Where is Denmark Located?

The given Denmark location map shows that Denmark is located in the Northern-western part of the Europe continent. Denmark map also shows that the country is however northern continuity of Germany mainland but it has also a group of islands between North Sea from west and Baltic Sea from east. Denmark is a Scandinavian country.

Denmark also includes two important islands lying much farther from the mainland i.e. Greenland and Faroe Islands. Hence, along with these two islands, Denmark is known as the Kingdom of Denmark. Norway lies northern side and Sweden lies east and north-east of Denmark. Besides, Germany shares international boundary with Denmark from the south as shown in the map of Denmark. The mainland of the country is Jutland (Jylland); however, there are many other islands that collectively constitute Denmark.

The government type of Denmark is a constitutional monarchy with a parliamentary system. Besides, the country has a state-level government and local governments divided into 98 municipalities. Denmark is also member of the European Union, NATO, and the OECD. Denmark has a mixed market capitalist economy along with the feature of large welfare state that ranks as having the world's highest level of income equality. Not only this, Denmark has the best business environment in the world, as per the U.S. business magazine Forbes. The climate of Denmark is temperate with mild cold.