Where is Copenhagen, Denmark?

As shown in the given Copenhagen location map that Copenhagen is located on the eastern shore of the Zealand (Sjalland) Island and Amager Island. Copenhagen is the largest and capital city of Denmark. 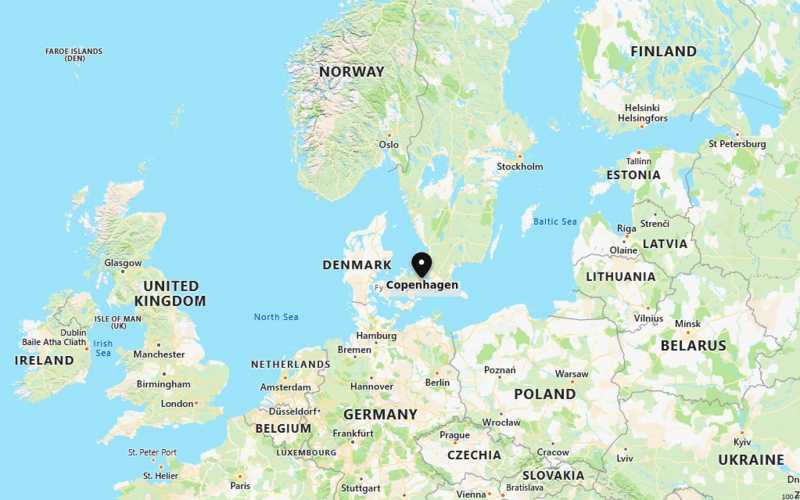 About Map: The map showing location of Copenhagen in Denmark.

Where is Copenhagen Located?

Copenhagen (Danish name is derived), the capital and largest city of Denmark, is located on the eastern coast of the island of Zealand, another part situated in the Amager Islands, and the strait of water that separates Denmark from Sweden, and that connects the North Sea with the Baltic Sea. Copenhagen City is composed of a major seaport and is the main commercial centre of the country. As of 1 January 2021, the city had a population of 794,128.

Moreover, because of all these reasons, Copenhagen has become the significant center of politics, business, media, Science, and culture. In the city, Life science, information technology, and shipping are areas of significant research and development that substantially contributes in the total revenue of the country.

Likewise, city has very much strategic location and well developed infrastructure with the largest airport in Scandinavia. It technological advancement has been done in such a way that it did not let to lose the natural beauty of the city. This is the reason that it is one of the most environmental friendly cities of the world. As per the report given by the research organization, Copenhagen has repeatedly been listed as one the cities with the best quality of life.