Home >US Map >US States >Oregon > Where is Salem

Where is Salem, Oregon?


Salem is located in the north-west part of Oregon and western USA, Salem is the capital city of Oregon state. The Willamette River flows through north side of the city and it forms natural boundary between Marion and Polk counties of Oregon State. 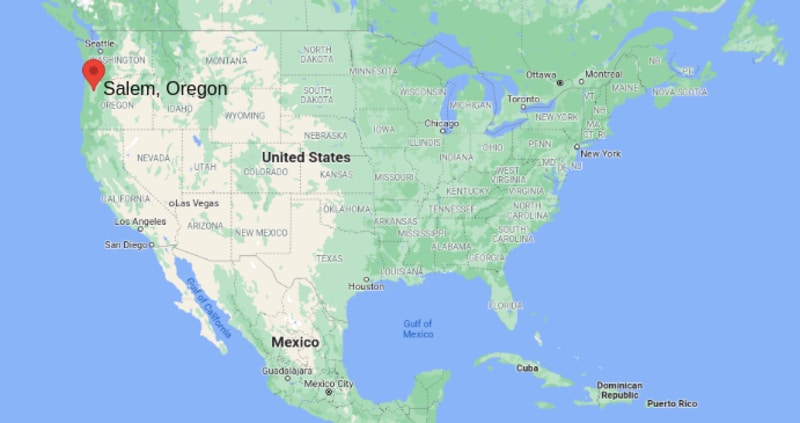 About Map - Map showing location of Salem in the central part of the Oregon.

Salem is the capital of the U.S. state of Oregon, and the county seat of Marion County. It is located in the center of the Willamette Valley alongside the Willamette River.

Though, the city has been established in the year 1842 but it became capital city in the year 1851 and it was incorporated in 1857.
The city is well connected through roadways and railways with other parts of the US. Major road ways are Interstate 5, Oregon Route 22, Oregon Route 99E etc. The city Salem is also home of Corban University, and Willamette University, and largest private employer Salem Hospital. With the population 154,637, it is the third largest city of Oregon; the largest and second largest cities are Portland and Eugene accordingly.

Major attractions of Salem city are: