Where is South Carolina (SC)? 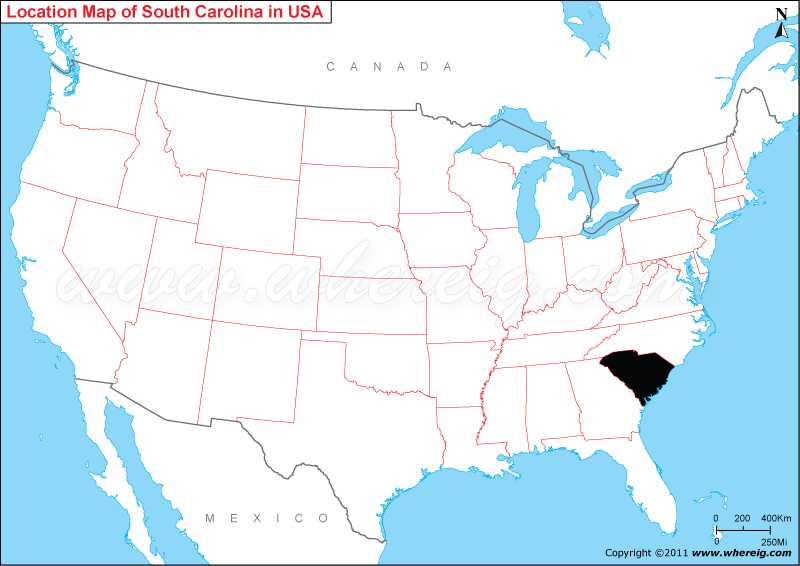 About Map: Map showing location of South Carolina in the US Map.

Where is South Carolina Located?

South Carolina is a state in the southeastern United States. South Carolina is the 23rd most populous and 40th most largest U.S. state, with population of 5,124,712 according to the 2020 census. Columbia is the capital and second-largest city of South Carolina. There are 46 counties in the State of Illinois.

South Carolina is one of the 13th states that declared independence from British rule. Furthermore, South Carolina was the first state that vote to secede from the Union. Likewise, it is the founding state of the Confederate States of America.
Under the humid subtropical climate, the main agriculture practices are tobacco, soybeans, rice, poultry, cattle, dairy products, and hogs and important industries are textile goods, paper products, machinery, chemical products, automobiles, and automotive products and tourism.