Where is New Mexico? 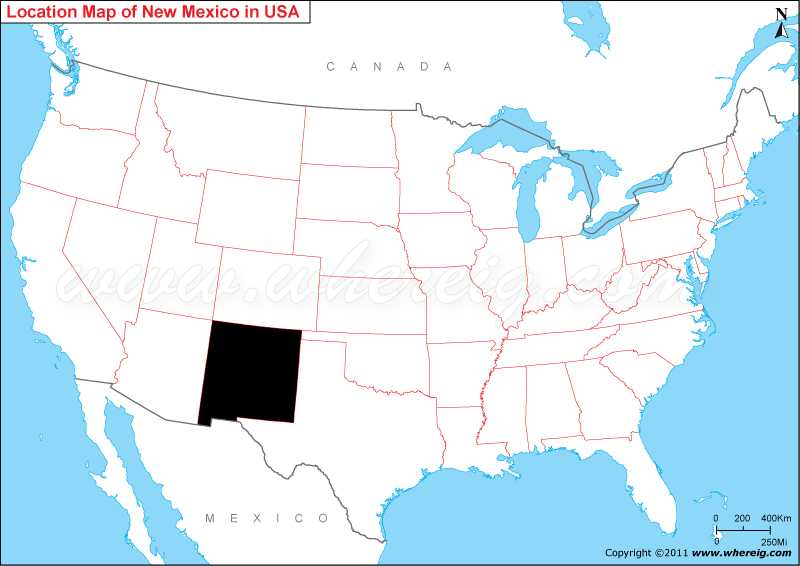 Map showing location of New Mexico on the US map.


Where is New Mexico Located?

As shown in the given New Mexico location map that New Mexico is located in the south-western region of the United States. New Mexico map also illustrates that it shares its border with Arizona in the west, Utah in the north-west, Colorado in the north, Oklahoma in the north-east, and Texas in the east and south-east. Besides, it also shares its international boundary with Mexico in the south.
The capital city of New Mexico is Santa Fe; however, the largest city is Albuquerque. Other important cities in the state are - Las Cruces, Rio Rancho, Roswell, and Farmington. The climate type of state ranges from semi-arid to arid; nevertheless, in some parts of the state, the climate type ranges from continental to alpine.
Moreover, the important economic sectors of the economy in the state are: Oil and gas production, tourism, and the federal government’s spending over other sectors. Besides, Government’s policies also promote other services in the state.