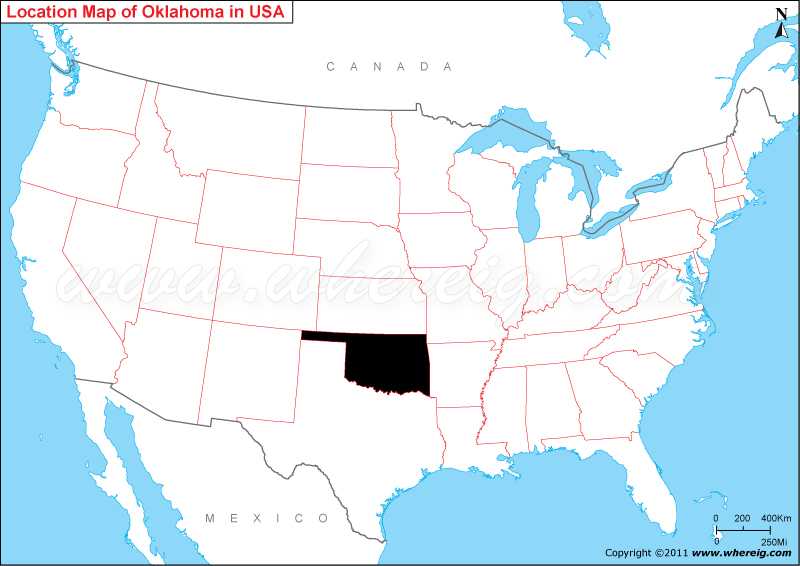 Map showing location of Oklahoma on the US map.

As shown in the given Oklahoma location map that Oklahoma is located in the south-central region of the United States. The Oklahoma map also illustrates that it shares its borders with Arkansas in the east, Missouri in the north-east, Kansas in the north, Colorado and New Mexico in the north-west, and Texas in the south.
Oklahoma was one of the newest states that enlisted in the union; it is 46th state that enters in the United States of America. The largest and capital city of Oklahoma is Oklahoma City. Other important cities are – Tulsa, Norman, Lawton, Broken Arrow, and Edmond.
The economy of the state is largely depends upon the agriculture, oil and natural gas. Other important sectors are aviation, telecommunications, energy, and biotechnology. The capita city Oklahoma City and Tulsa are the main economic center of the state. Geographically, state has small mountain ranges; however, most of the parts lie in the Great Plains and Interior Highlands. Furthermore, the climate type of Oklahoma is continental.