Where is Fort Worth


As shown in the given Fort Worth location map that Fort Worth is located in the north-central region of Texas and southern part of the United States.

Location Map of Fort Worth 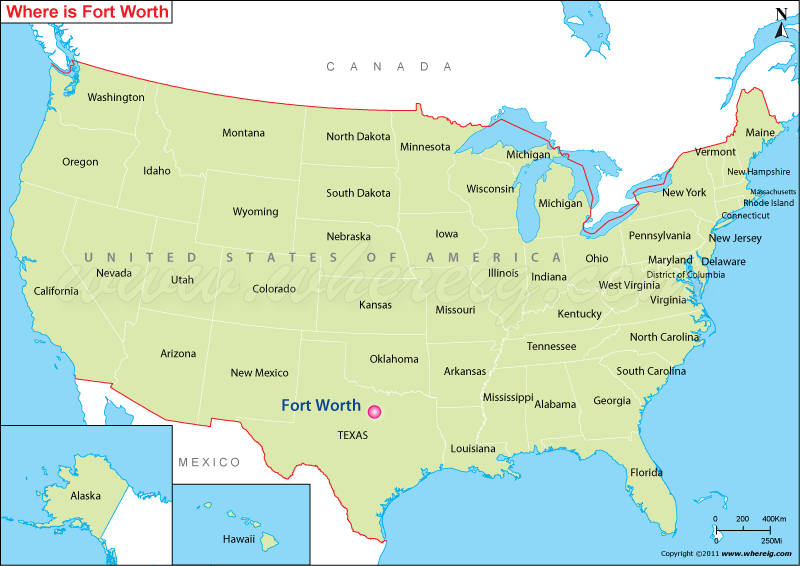 Map showing Location Map of Fort Worth in Texas, US map


Where is Fort Worth

The city is important because of it is the cultural gateway into the American West.
Primarily, the city was established in the year 1849 as an Army outpost on the bank of the Trinity River. The traditional architecture and design is quite fascinating in the city. Downtown area of the city is principally known for its Art Deco-style buildings. The Tarrant County Courthouse was structured in the American Beaux Arts Design and that was modeled after the Texas State Capitol building. Moreover, today the city is quite developed and constituting twin city along with the Dallas.

Interesting Facts about Fort Worth