The given Cuba location map shows that Cuba is located in the Caribbean Sea. Cuba is an island country, which comprises mainland of Cuba, Isla de la Juventud, and many other archipelagos. It is lies between latitudes 21.5218° North and longitudes 80.00° West. 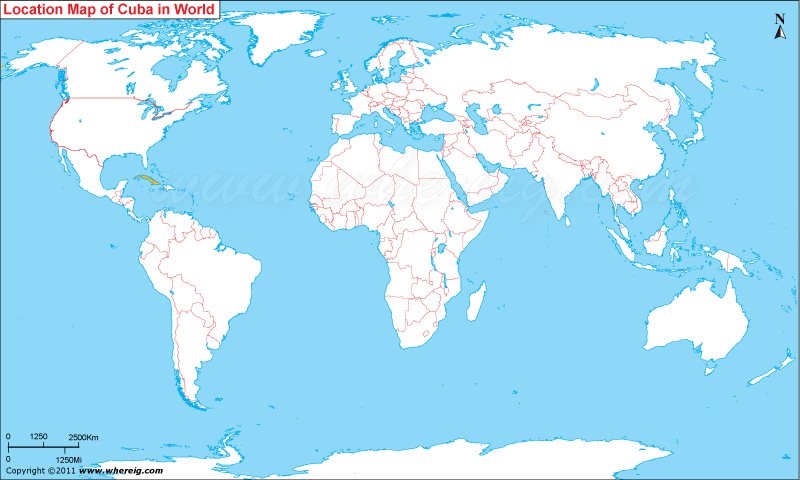 About Map: Map showing Where is Cuba located on the World Map.

Where is Cuba Located?

Cuba is located in the Caribbean Sea. Cuba is the largest Caribbean island, between the Caribbean Sea and the North Atlantic Ocean. The capital and largest city of Cuba is Havana. Separated with some of the water bodies the United States, the Bahamas, Mexico, the Cayman Islands, Jamaica, Haiti, and the Dominican Republic are to the neighbors of the country.

Surprisingly, Cuba has about 99.8% literacy rate, low infant death rate (even lower than some of the developed countries), and an average life expectancy is about 77.

Primarily, the Cuban government was adhered with socialist principles in organizing and planning its largely state-controlled economy. Country’s most of the means of production are owned and run by the government and hence, larger chunk of labor force are employed by the state. However, in the recent time government has changed the policy and opens the door for private sector as well. With the implementation of liberal policy, country has also offered Cuba tourism. For tourism, Cuba has great landscapes. Cuba has the tropical climate.

Places to Visit in Cuba