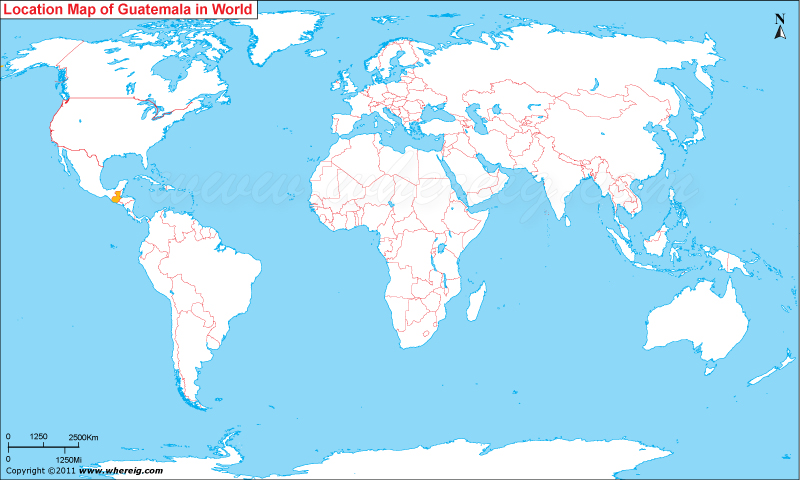 About Map: Map showing Where is Guatemala located on the world map.

Where is Guatemala Located?

The given Guatemala location map shows that Guatemala is located in the central part of North America continent.
Guatemala map also shows that country shares its international boundaries with Mexico in the north and west, Belize in the north-west, and Honduras and El Salvador in the southeast. Besides, it has coastline along with the Pacific Ocean in the south-west and Caribbean in the east. The capital city of Guatemala is Guatemala City.

The government type of Guatemala is a presidential representative democratic republic featured with a multi-party system. In this political system, the President of Guatemala is used to be head of state as well as head of government.

The economy of the country has major base i.e. export of fruits, vegetables, flowers, handicrafts, cloths etc. besides, in recent years, the tourism sector has been growing rapidly. Likewise, tourism in Guatemala is also contributing in the country ' s revenue.