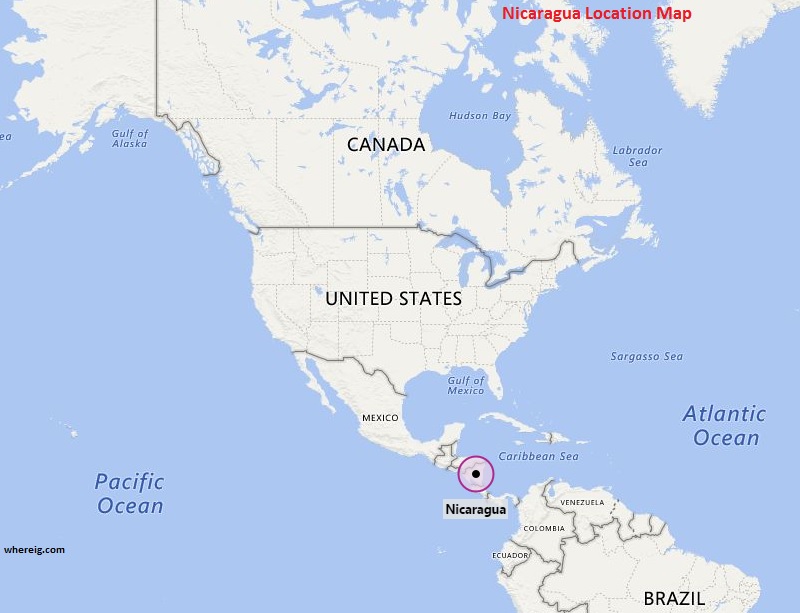 
Where is Nicaragua Located?

Nicaragua map also shows that it shares its international boundaries with Honduras in the north and Costa Rica in the south. Besides, the Pacific Ocean lies in the west and Caribbean Sea lies in the east.

Managua is the capital city as well as largest city of Nicaragua where about one quarter of the nation's population lives.

Nicaragua got its independence in the year 1821. However, since then the country had been facing political unrest. There was no stable government. It was also facing war. The government type of Nicaragua is a presidential representative democratic republic featured with multi-party system. According to this system, the President of Nicaragua is head of state as well as head of government.

Moreover, Nicaragua's warm tropical climate homes various flora and fauna in the region. This is the reason that Nicaragua has wide range of biological diversity. In Nicaragua, there is also active volcano. Hence, major tourists in the region belong to volcanologists and biologists. The economy of the country is largely depends upon agricultural, which constitutes about 60% of its total exports. Additionally, Nicaragua's Flor de Cana rum is famous as among the best throughout Latin America.