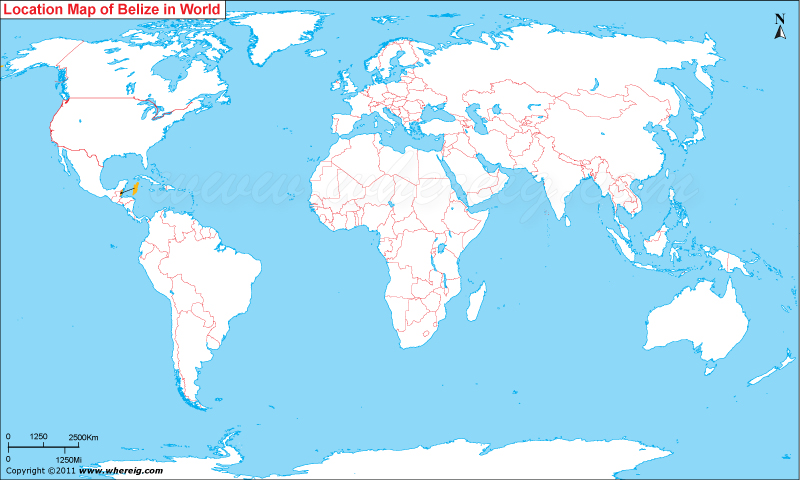 Where is Belize on the world map? Probably, it is difficult question to deal with for most of us. Belize is Central American country located on the Caribbean coast.
Belize shares its international boundaries with Mexico in the north and with Guatemala in the west and south. Surprisingly, in the Caribbean Sea, the second-longest barrier reef of the world flanks much of the 386 kilometers. It naturally houses several lagoons.

Belize has a tropical climate with having wet and dry seasons characteristics. However, temperatures vary according to elevation. Furthermore, the moderating effects of the northeast trade winds off the Caribbean, and proximity to the Caribbean coast guide the weather of Belize.

In this small country, numbers of economically important minerals are found including dolomite, barite (source of barium), cassiterite (source of tin), bauxite (source of aluminium), and gold. However, probably limestone was the only mineral resource being exploited till 1990 for either domestic purpose or even for export purpose. Likewise, the economy of the country largely depends upon agriculture, agro-based industry, merchandising, and tourism.

Belize has a various people of different societies. The other interesting fact is – Belize is the only country in its region which official language is English. Kriol and Spanish are also spoken among the native population. The government type of Belize is a parliamentary democracy, in a Commonwealth realm. That is why the structure of government is based on the British parliamentary system.

Furthermore, a combination of natural features including climate, the Belize Barrier Reef, more than 1,000 offshore Cayes, safe waters for boating, scuba diving, and snorkeling, the country is one of the best places for tourism purpose. In addition, the river rafting and kayaking along with various jungle and wildlife reserves of fauna and flora, and, bird watching equally promote Belize tourism.