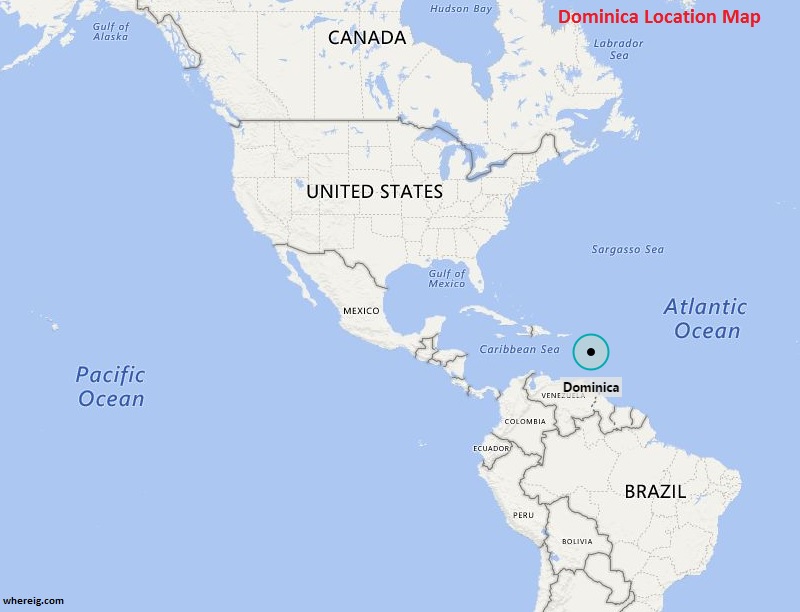 About Map: Map showing Where is Dominica located on the world map.

Where is Dominica Located?


Dominica location map shows that Dominica is located in the Caribbean Sea.
Dominica map also shows that it is an Island country whose neighbors are Guadeloupe in the north-west and Martinique in the south-west. Surprisingly, Dominica is one of the most natural beautiful islands in the Caribbean region; this is the reason that Dominica is more popularly known with its sobriquet i.e. "Nature Isle of the Caribbean." Furthermore, probably, it is the youngest island in the Lesser Antilles because it is still in the process of formation by geothermal-volcanic activity; and boiling lake is the great evidenced for this.

By getting its independence in the year 1978, Dominica has formulated its own government. However, the government type of Dominica is a parliamentary democracy within the Commonwealth of Nations.

The island is featured with lush mountainous rainforests, presence of plenty of rare plant, animal, and bird species. In addition, Dominica has several waterfalls, springs, and rivers along with the Calibishie area in the country's northeast region which has also sandy beaches. Hence, it is one of the best tourist islands in the Caribbean Sea. Likewise, Dominica's economy is largely depending upon tourism and agriculture.