Asia Comprising 49 UN members countries, 1 UN observer, 5 other states. Asia is the most populous Continents in the World. Covering an area of 17,212,000 square miles, Asia is the largest continent of the earth. It has an estimated population of 4.5 billion people (as of June 2019), located primarily in the Eastern and Northern Hemispheres. 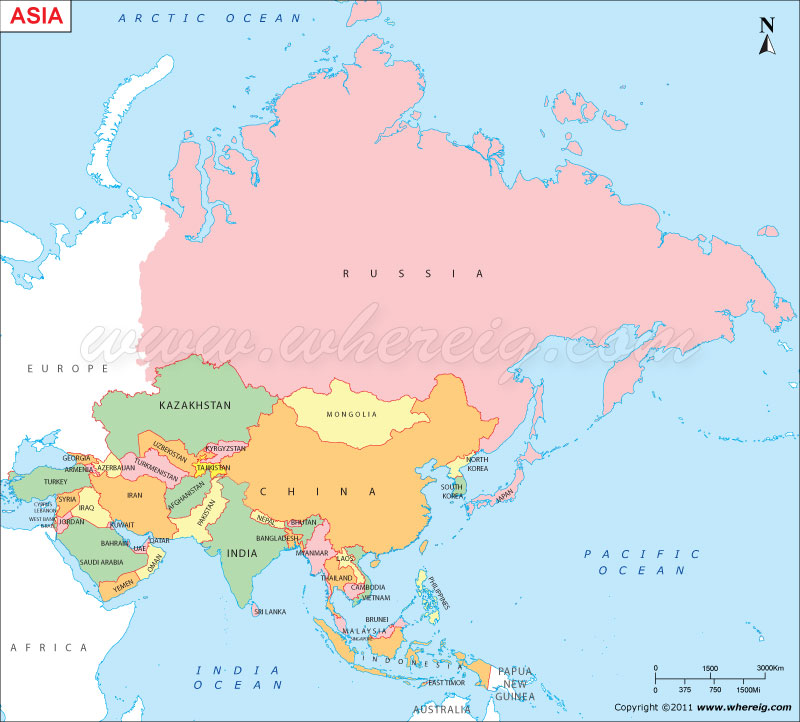 About Map of Asia

Located primarily in the eastern and northern hemispheres, the Asian continent covers 8.6% of the Earth's total surface area, and with approximately 4 billion people, it hosts 60% of the world's current human population. There is a range of ethnic groups, cultures, environments, historical ties and government systems in the continent of Asia. It is the historical birthplace of all major religions of the world.

Asia has the second-largest nominal GDP of all continents, after Europe, but the largest when measured in PPP. As of 2010, the largest economies in Asia are the People's Republic of China, Japan, India, South Korea and Indonesia.