Home > Where is Mongolia 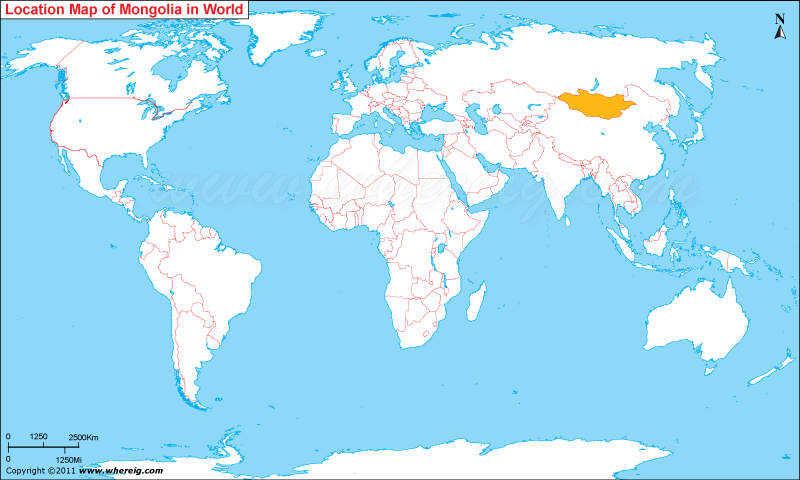 Where is Mongolia located on the world map?


Where is Mongolia Located?

Mongolia is most sparsely populated country and second-largest landlocked country of the world. The capital city of Mongolia is Ulaanbaatar; it is also the largest city of the country and houses more than 35 percent people of total population.
Though, after a prolonged war, Mongolia got its independence in the year 1911; however, it got international recognition of its independence only in 1945. Furthermore, as the result of Democratic revolution, a new constitution has been adopted in the year 1992; hence, from now onwards the government type of Mongolia is a parliamentary republic. Besides, it also adopted the policy of market economy.

Geographically, most part of the country is desert Gobi desert is most prominent covering the large part of southern region. And, the country has very little area suitable for cultivation i.e. steppe region. This is the reason that about 30 percent population of the country is nomadic or semi-nomadic. The main religion in Mongolia is Tibetan Buddhism. Moreover, the economy of the country is largely depends upon the agriculture. However, country has substantial amount of mineral resources including copper, molybdenum, tin, coal, tungsten, and gold.