Vanuatu, officially the Republic of Vanuatu, is an island country located in the South Pacific Ocean. It's lies in east of northern Australia, southeast of the Solomon Islands, northeast of New Caledonia, east of New Guinea and west of Fiji. 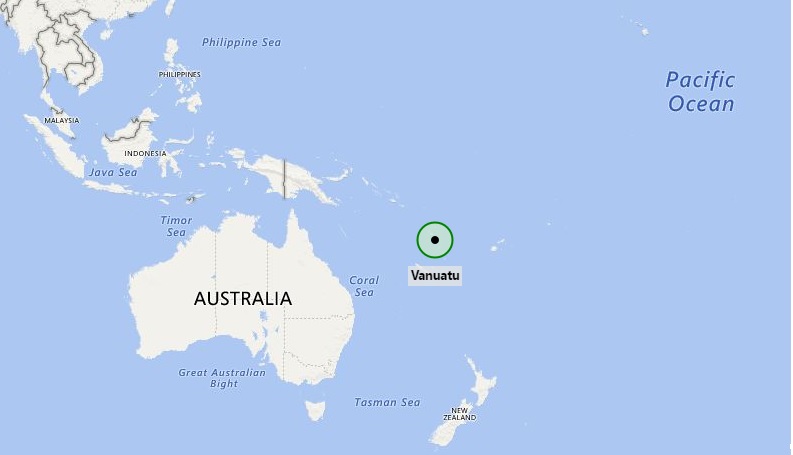 About Map: Map showing location of Vanuatu in the Oceania Continent.

Where is Vanuatu Located?

The given Vanuatu location map shows that Vanuatu are located in the South Pacific Ocean.

Vanuatu map also shows that it is an archipelago of volcanic origin. The nearby neighbor countries are Australia in the west, New Caledonia in the south, and Fiji in the east. The climate type of Vanuatu is sub-tropical.

Vanuatu has been created as Republic of Vanuatu in the year 1980. The capital city of Vanuatu is Port Vila. The government type of Vanuatu is a constitutional democracy featured with representative parliamentary system. Under this political system, the head of the Republic is an elected President; however the Prime Minister is the head of government.

Places to see in Vanuatu: