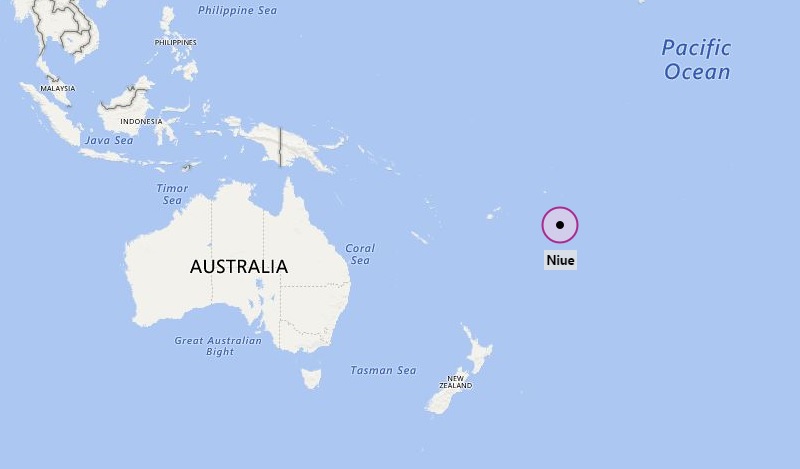 About Map: Map showing Location of Niue in the Oceania Continent.

Where is Niue Located?

Where is Niue located on the world map? The given Niue location map shows that Niue is located in the South Pacific Ocean.

Niue map also illustrates that it is an island nation. Interestingly, the popular name of the Niue is "Rock of Polynesia". However, native of the island also called it "the Rock". Due to its geographical location, Niue makes a triangle with the Cook Islands in the southeast, Tonga in the southwest, and the Samoa in the northwest. The island is self governing; nevertheless, it has free association with New Zealand. Likewise, the international affairs etc are governed by New Zealand. Surprisingly, Niue is the first island in the world that has been fully equipped with the WiFi service i.e. free wireless internet access throughout the region by the Internet Users Society-Niue. Economy of Niue is largely depends upon the agriculture and tourism.