more
Home >Australia & Oceania > > Where is Wallis and Futuna Located

Where is Wallis and Futuna Located? 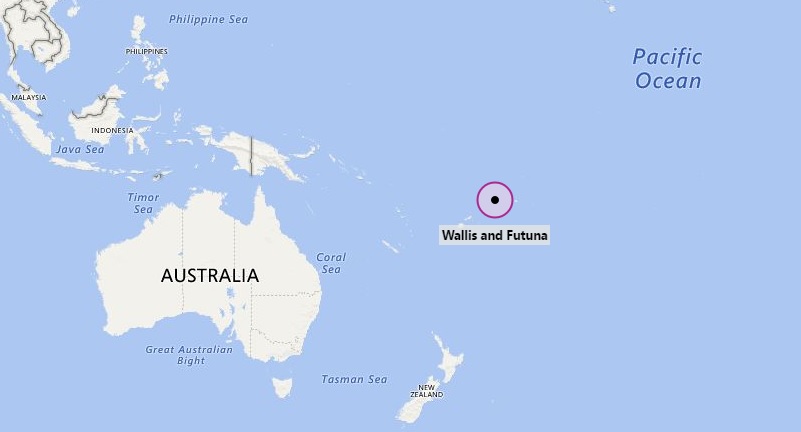 The Wallis and Futuna Islands map also depicts that it is geographically situated between Tuvalu in the north-west, Rotuma of Fiji in the west, the main part of Fiji in the south-west, Tonga in the south-east, Samoa in the east, and the Tokelau in the north-east. Furthermore, it is located at the opposite western end of Polynesia.
Mata-Utu is the largest and capital city of Wallis and Futuna Islands. However, the territory is constituted of three main volcanic tropical islands along with a number of tiny islets. This group of islands is further divided into two island groups i.e. Wallis Islands (Uvea) in the northeast, and Futuna Islands (Hoorn Islands).
The sovereignty of the territory belongs to France. Since the year 2003, Wallis and Futuna has been a French overseas collectivity. Before that it had the status of a French overseas territory.
The economy of the territory largely depends upon agriculture and the important produces are breadfruit, yams, taro, bananas, pigs, and goats. However, it has also some manufacturing industries such as copra, handicrafts, fishing, and lumber.