North America Map - North America is the third largest and fourth-most populated continent in the world, comprising 23 countries. Lying within the western and northern hemispheres, North America is the third-largest continent covering a total area of about 9,540,000 sq mi (24,709,000 sq km). The estimated population of the continent as of November 2020 is 369,730,181. Northern America population is equivalent to 4.73% of the total world population. It is home to Canada and the United States, two of the largest economies in the world. 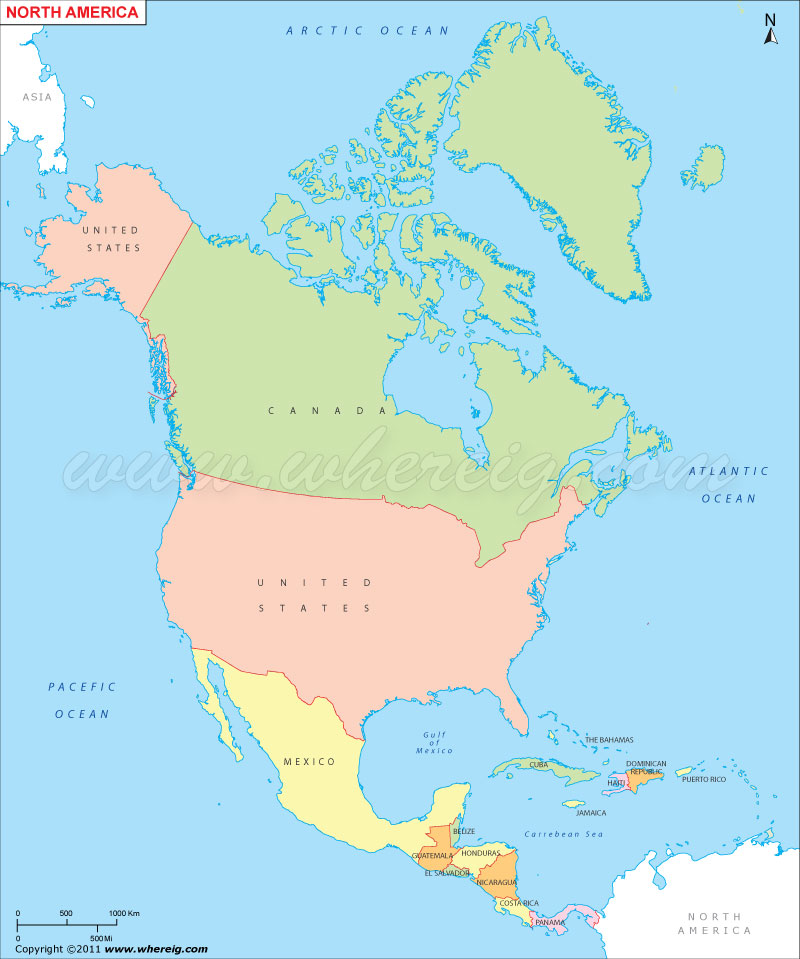 Twenty-three countries and many more territories make up the continent. It contains all the Central American and Caribbean countries. It shares borders with the Arctic Ocean, Atlantic Ocean, Caribbean Sea, Gulf of Mexico, and the Pacific Ocean. The largest country by land area is Canada, and by population is United States.

English, Spanish, Portuguese and French are the prevalent languages in the continent. The major religion practiced is Christianity. People also follow other religions and faiths like Judaism and Hinduism.

Before the arrival of the European rulers in the native North America, the natives were divided into many tribal groups. Many indigenous cultures flourished, like the Dorset culture, followed by the Thule people and the Clovis culture of modern New Mexico. The Mound builders are the most recent people inhabiting the continent; they flourished from 300 BC to 150 AD.

With the arrival of the Europeans, the native population declined because of the diseases that the Europeans brought with them. Movements for independence started in the late eighteenth and early nineteenth centuries across the whole country. On July 4, 1776 the thirteen British colonies declared independence and the United States of America were formed

List of North American countries by population and Areas