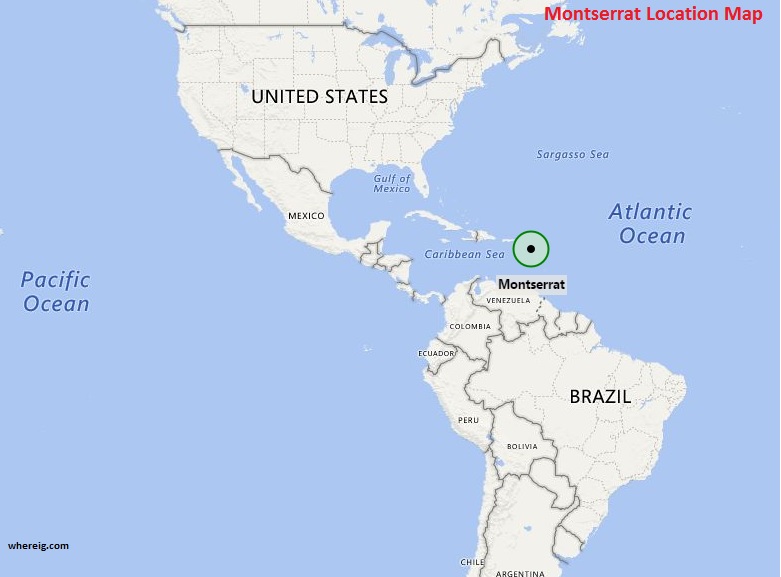 Montserrat map also shows that Montserrat is located in the premises of Leeward Islands, which is more popularly known as Lesser Antilles in the Caribbean Sea. Montserrat is situated roughly 475 km south-east of Puerto Rico and about 48 km south-west of Antigua. The island has an active volcano i.e. Montserrat Volcano.

Surprisingly, Montserrat is nicknamed the Emerald Isle of the Caribbean because both have similarity to coastal Ireland and for the Irish descent of its inhabitants.

Montserrat is overseas territory of UK; however, it has local government centered at Brades. However, Little Bay is being developed for the administration purpose.
The economy of the country is based upon the export businesses which are based in Montserrat deal principally in the selling and shipping of collective for construction.