Honduras is located in Central America. Its northern border, between Guatemala and Nicaragua, lies along the Caribbean Sea. Honduras borders the Caribbean Sea on the north coast and the Pacific Ocean on the south through the Gulf of Fonseca. It lies between latitudes 13° and 17°N and longitudes 83° and 90°W. 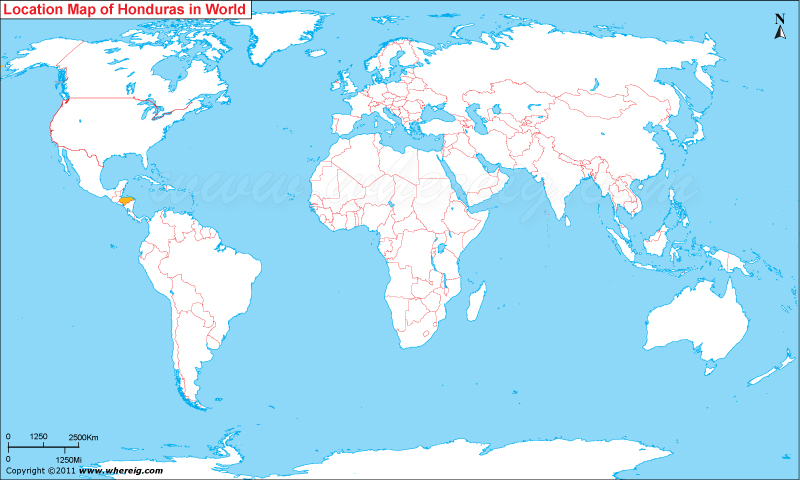 About Map: Map showing Where is Honduras located on the world map.

Where is Honduras Located?


Honduras location map shows the correct geographical location of Honduras. Honduras map shows that the Honduras is located in the Central part of North America continent.

Government type of Honduras is Constitutional Republic along with five registered political parties. The economic growth of the country is slow and financial condition is not much good. In the recent past, Honduras was declared one of the Heavily Indebted Poor Countries by the World Bank and the International Monetary Fund that facilitated it to have debt relief.

Honduras shares its international boundaries with Guatemala in the west, El Salvador in the south west and Nicaragua in the east and south east. Besides, at the south west Gulf of Fonseca and in the north the Gulf of Honduras are the large inlets of the Pacific Ocean and Caribbean Sea respectively.

The climate of the country varies from tropical in the lowlands to temperate in the mountains region. Likewise, the central and southern regions are comparatively hotter and less humid than the northern coast of the Honduras.