Home > Where is Maldives 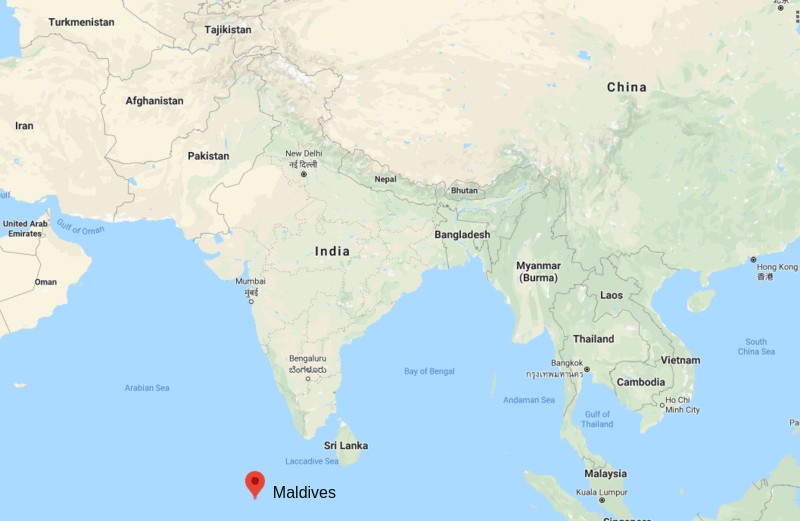 Where is Maldives located on the world map?
The given Maldives location map shows that Maldives is located in the Indian Ocean. Maldives map also shows that it is a group of coral islands, which are constituted of a double chain of about 26 atolls. It lies between the Minicoy Island (Lakshadweep islands, India) and Chagos Archipelago.
Surprisingly, the atolls of the Maldives comprise of a territory spread over approximately 90,000 square kilometers. This geographic feature categorizes it as one of the most dispersed countries in the world in terms area.

The government type of Maldives is a presidential republic where the President used to be head of the government as well as head of the state. Maldives are the smallest Asian island country in terms of geographic area as well as population. By virtue of being located in the Indian Ocean, the climate of Mildives are largely controlled; and hence, Maldives posses mild temperatures. The variation of temperature is also low. The country's economy is largely depends upon the tourism. Since, the coral islands have so much natural beautiful landscape featured with mild climate and other beauties islands attract thousands of tourists every year.