Where is Riyadh, Saudi Arabia 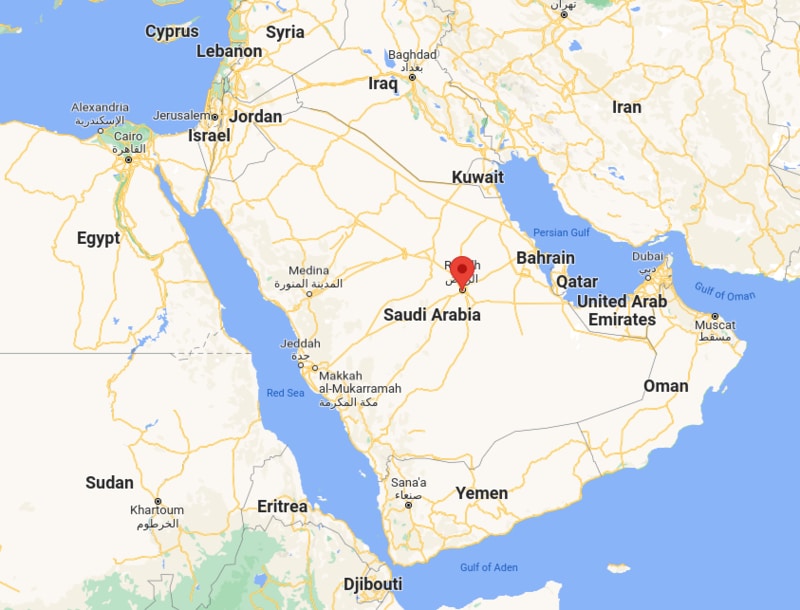 About Map: The map showing location of Riyadh in the Saudi Arabia.

Where is Riyadh Located?

Riyadh is the capital and largest city of the kingdom of Saudi Arabia, located in Ar Riyad Province in the Najd region. Riyadh situated in the center of the an-Nafud desert, on the eastern part of the Najd plateau. Riyad is the 49th most visited city in the world and the 6th in the Middle East, It receives around 5 million tourists each year. For the administration purpose, city is divided into 15 municipal districts.

In fact, the old developed town lies within the city walls; it has antique architectural design. The most important is the al-Masmak fort and some parts of the innovative wall structure with its gate that have been restored and reconstructed. Besides, there are also a several traditional mud-brick homes in the premises of old towns; some of them are dilapidated but some are standing as remnant.

However, today the city is center of various activities including financial, agricultural, cultural, technical, educational, and social. The infrastructure and design used to construct the new city entirely new; however, Al-Dira district, which is nucleus of the city, has been reconstructed in a style that resembles as old mud-brick buildings of pre-20th century Nejd.

Places to Visit in Riyadh: