Where is Austin, TX?

Austin, city, capital of Texas, United States, and seat of Travis county. It is located in Central Texas on the Colorado River. 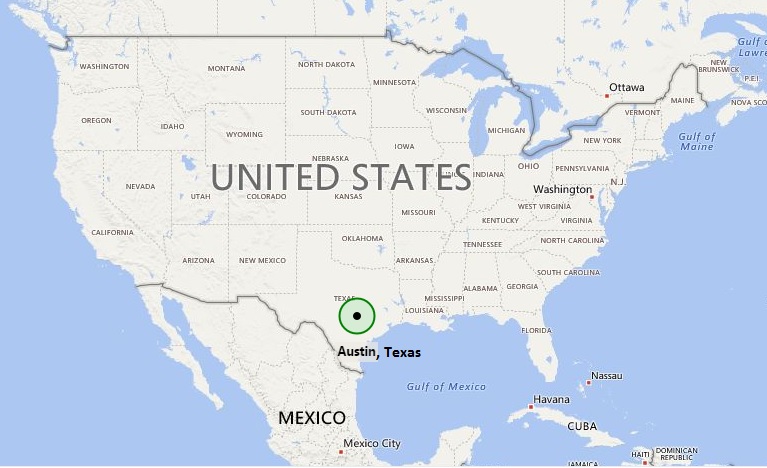 About Map: Map showing location of Austin in the Texas.

Where is Austin Located, TX?

Situated in the central part of Texas, the city Austin was settled during the period of 1830s along the bank of Colorado River with name of Waterloo village. But later on the name has been renamed after the name of F. Austin; he is more popularly known as ‘father of Texas.’ The city became the capital city of the newly independent Republic of Texas in the year 1839.

In the late 20th century, the city has grown very fast and became centre of many modern industries, services along with headquarters of various top companies. Besides, it is also cultural and economic centre of Austin-Round Rock-San Marcos. Because of all these reasons, the city is given nickname “The Live Music Capital of the World.” During the period of late 1980s, the city became popular with the name “Violet Crown” because during the winter time violet glow of color just after the sunset.

Above all, the capital city is also an attraction for the tourists because of having various amusement parks, museum, shopping malls, theatres, and many other points of attraction.

Places to Visit in Austin