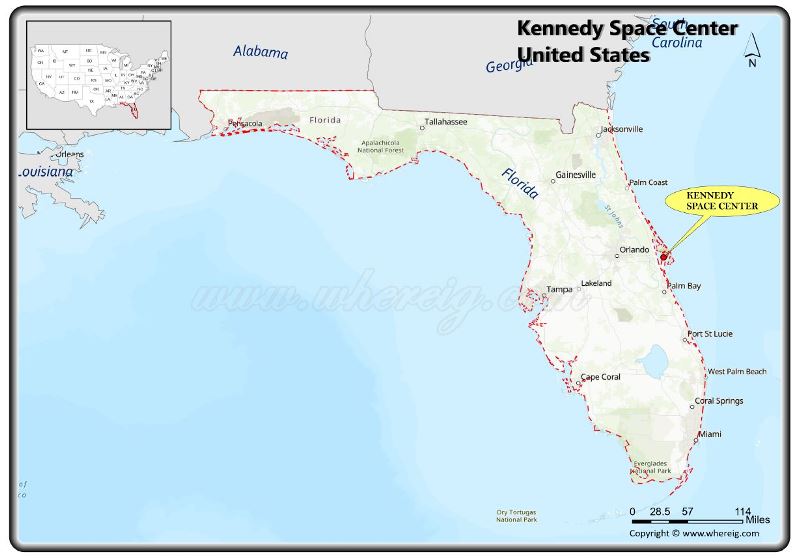 Kennedy Space Center is located on Merritt Island, Florida, the center is north-northwest of Cape Canaveral on the Atlantic Ocean, It is between Miami and Jacksonville on Florida's Space Coast, due east of Orlando.

Kennedy Space Center is amongst the 10 field centers of the National Aeronautics and Space Administration (NASA) and since 1968 it has been the main launch center of human spaceflight of NASA.

The major launch operations of the Space Shuttle, Skylab and Apollo programmes were managed by the Kennedy Space Center.

This center also manages the launch of commercial crew missions, researches food production, and robotic and in-situ resource utilization and functions as a multi-user spaceport.

Talking about the Kennedy Space Center infrastructural facilities, it has a total of 700 facilities and buildings which spans over an area of 144,000 acres of land.

Kennedy Space Center has a visitor complex where it showcases its artifacts, the future of robotic spaceflight and various other exhibits of space.