Map of Cities in Nebraska, List of Nebraska Cities by Population

This is list of largest, popular Cities & towns in Nebraska by population. TThe largest cities of Nebraska are Omaha, Lincoln, Bellevue, Grand Island and Kearney. 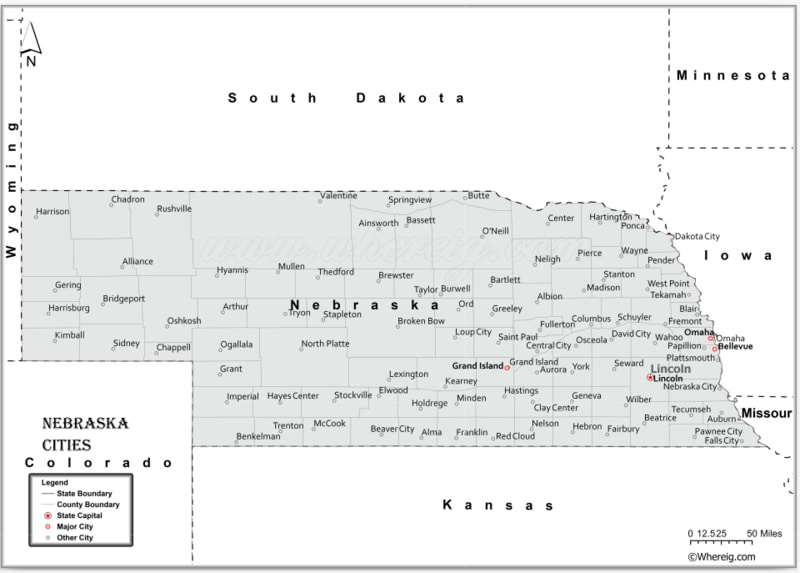 Nebraska is a state located in the West North Central United States. Nebraska is the 37th most populous state with population of 1961504 inhabitants as of 2020 United States Census data, and the 15th largest by land area, It cover an area of 76,824 square miles (198,974 km2). The state is divided into 93 counties and contains 531 incorporated municipalities consisting of cities, towns, or villages. Lincoln is the capital city of Nebraska.

This is list of Cities and towns in Nebraska by population, land area in sq mile, county and density.