Map of Maine Cities, List of Cities in Maine by Population

This is list of largest, popular Cities & towns in Maine by population and County. The largest cities of Maine are Portland, Lewiston, Bangor, South Portland, Auburn and Augusta.

Map of Cities in Maine 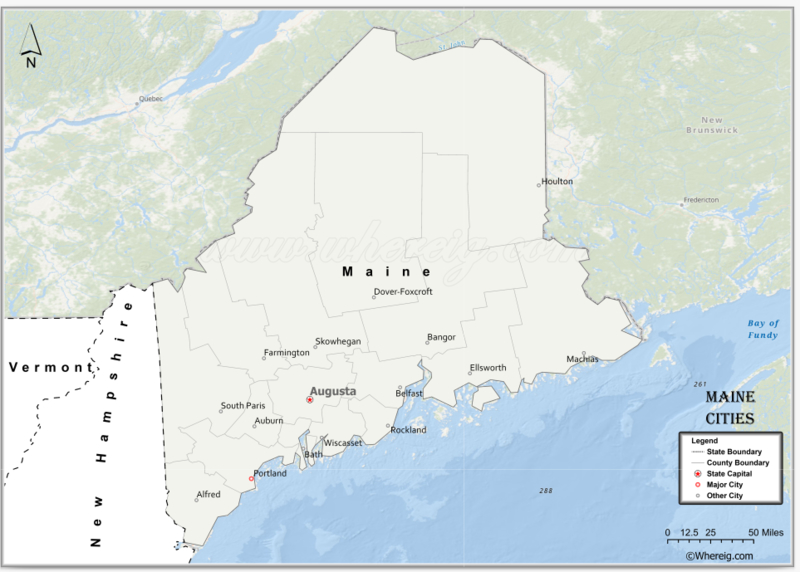 The map showing the largest and major cities in Maine, state capital, other cities and towns, state boundary, Mainecounties boundary and neighbouring states.

Maine is a state located in the New England United States. Maine is the 42nd most populous state with population of 1,362,359 inhabitants as of 2020 United States Census data, and the 39th largest by land area, It cover an area of 30,843 square miles (79,883 km2). Maine is divided into 16 counties and contains 488 incorporated municipalities consisting of cities, towns, and plantations. Augusta is the capital city of Maine.

This is list of Cities and towns in Maine by population, land area in sq mile, county and density.