Map of Cities in Maryland, List of Maryland Cities by Population

This is list of largest, popular Cities & towns in Maryland by population and County. The largest cities of Maryland are Baltimore, Frederick, Rockville, Gaithersburg, Bowie and Annapolis. 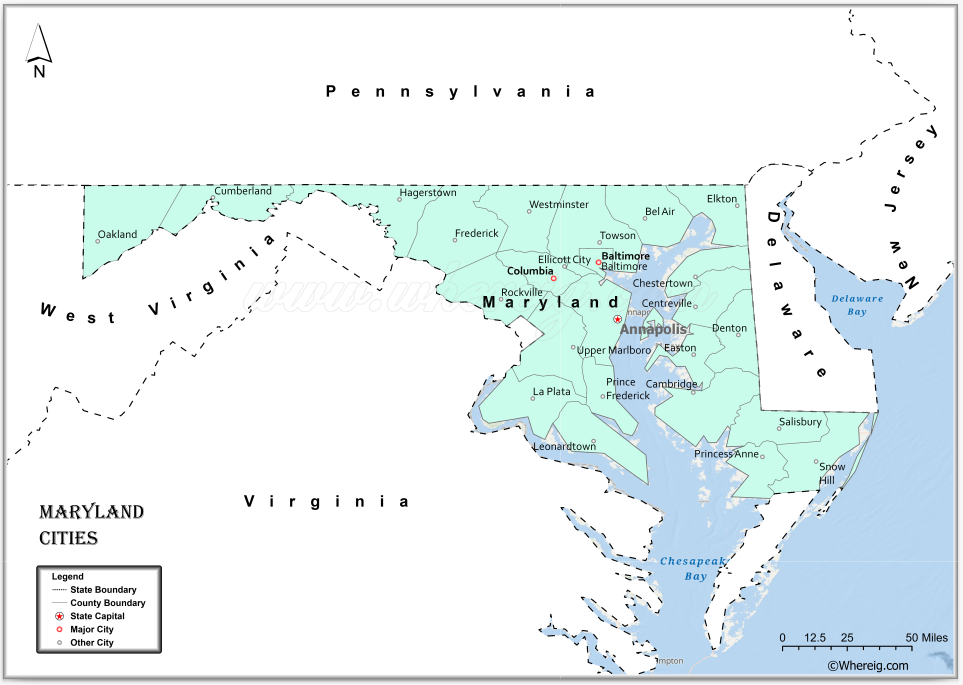 Maryland is a state located in the South Atlantic United States. Maryland is the 19th most populous state with population of 6177224 residents as of 2020 United States Census data, and the 42nd largest by land area, It cover an area of 9,707 square miles (25,142 km2). The state is divided into 23 counties and contains 157 incorporated municipalities consisting of cities, towns, or villages. Annapolis is the capital city of Maryland.

This is list of Cities and towns in Maryland by population, land area in sq mile, county and density in sq mi.