Home >Massachusetts State > Where is Boston


Boston location map that Boston is located in the north-east region of the United States. 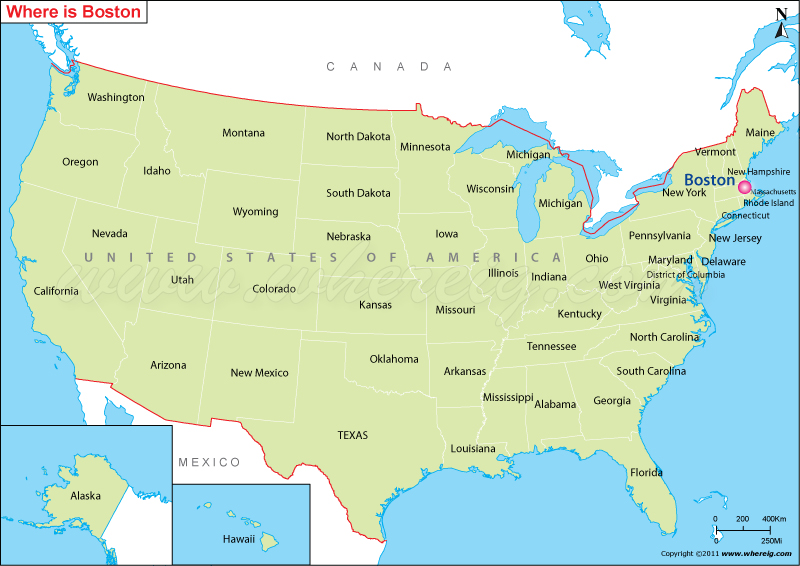 The Map showing where is Boston location in the U.S. State of Massachusetts.

Where is Boston Located?


Boston is the largest and capital city of Massachusetts State. Furthermore, Boston is one of the oldest cities of the United States and being considered as unofficial Capital of New England.

The city is important right from the independence because immediately after the independence it became the major shipping port and as well as manufacturing center. Today, it is important center even for education purpose. It has many colleges and top class universities where students from all over the world come to study. So, it is the important research center for the electronics, engineering, finance, and higher technological studies.