The U.S. state of South Dakota is divided into 66 counties. Explore the South Dakota County Map, list of Counties in south-dakota along with their County Seats in alphabetical order and check their population, areas and the date of formation. 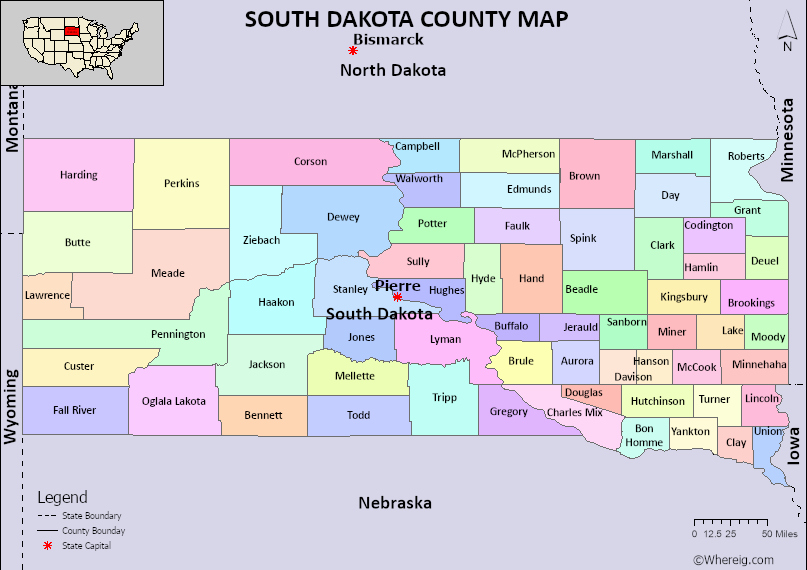 About Counties of South Dakota

U.S State of South Dakota is seventeenth largest state by area. It is the fifth least populated state in United States. The state South Dakota became a state in the year 1889. South Dakota is located in the upper Midwestern part of the country. The state was named after Native American tribes called Lakota and Dakota Sioux. The capital city of the state is Pierre. The state is very famous for tourism and agriculture.

The U.S. state of south-dakota has 88 counties. south-dakota is the 34th-largest state by area and with a population of nearly 11.7 million, is the seventh-most populous State. south-dakota is located in the Midwestern region of the United States.

List of Counties in South Dakota with County Seats