FIH World Hockey Team Rankings 2023 List - Check the FIH Men's Hockey ranking list, ranking are based on their game results with the most successful teams being ranked highest. Australia is the most recent Team of the Year followed by Belgium, Netherlands, Germany, Inda and England. The full list of FIH World Hockey Rankings is listed below. 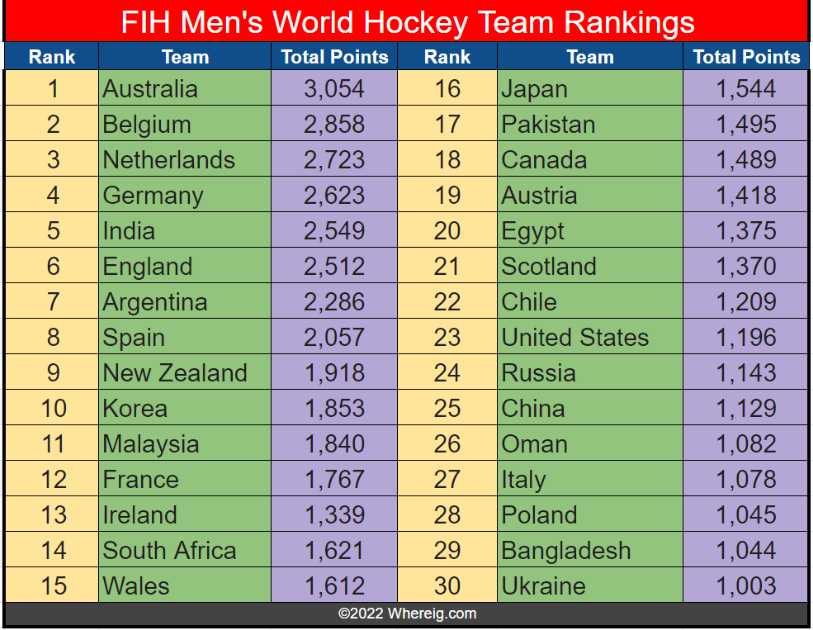 The FIH implemented a new match-based world rankings system beginning in 2020 that is similar to the ones used in association football and rugby union. Prior to this, there was Continental championships method. For each of the continental competitions, FIH assigned a certain number of ranking points. The system, however, was questioned because each continent received a varied percentage of points. Only Europe had 100% of the available points for every classification, whereas the other regions only had a few finishers with 100% of the available points. Regardless of the classifications, Africa was the only continent where neither the men's nor the women's competitions received their full amount of points.

Members of FIH according to their confederation

There are 5 regional confederations affiliated to FIH, which oversee the game in the different continents and regions of the world.