Where is Orlando, FL 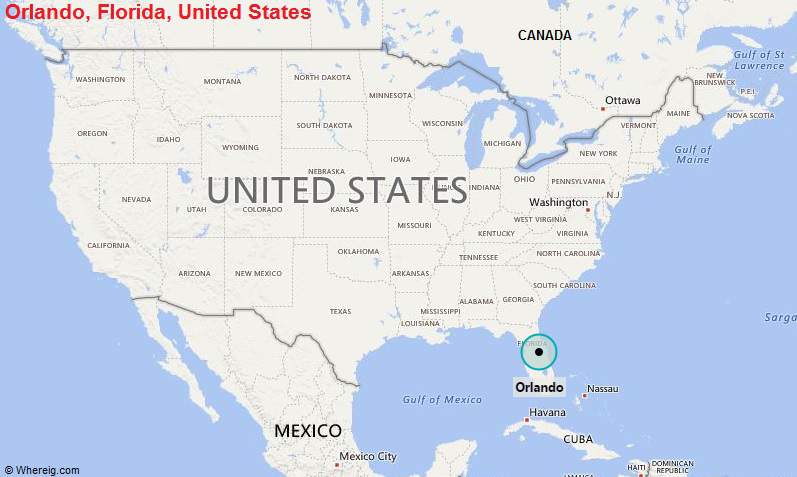 About Map: Map showing the Location of Orlando, Florida in the US.

Where is Orlando Located?

Orlando is a city in the state of Florida of the United States. It is located in central Florida. Orlando's official moniker is "The City Beautiful." It is also known as “O -Town”. The Linton E. Allen Memorial Fountain serves as the Orlando City emblem. The total area of Orlando city is 308.4km². With a population of 307,573, Orlando was indeed the 67th-largest city in the United States and the fourth-largest city in Florida according to the 2020 census. The 13th busiest airport in the United States and the 29th busiest airport worldwide is Orlando International Airport. Orlando has a humid subtropical climate, similar to much of the deep South of the United States. In Orlando, there are two fundamental seasons: the hot and the rainy.

Orlando's landscape is primarily made up of wetlands, including numerous lakes and marshes. The ground is often low and moist because the terrain is flat. There are several lakes in the vicinity, Lake Apopka being the largest. Because of the bedrock's high porosity and predominance of limestone in central Florida, sinkholes can form in the Orlando region. The "Winter Park Sinkhole" incident, which took place in 1981 in Winter Park, a city located just to the north of downtown Orlando, is arguably the most well known sinkhole-related catastrophe.

Orlando is one of the most popular tourist destinations in the world thanks to convention traffic, big events, and tourism. The Walt Disney World Resort and Universal Orlando Resort, the only theme park located inside the boundaries of Orlando, are the two most renowned and well-known tourist destinations in the area. The majority of significant cultural destinations, including the Orlando Museum of Art and Dr. Phillips Center for the Performing Arts, as well as the city's renowned nightlife, bars, and clubs, are found in Downtown Orlando, while the majority of tourist destinations, including the Wheel at ICON Park Orlando, are found along International Drive. Additionally, the city is among the busiest in the United States for conventions and conferences.

Road and Highways in Orlando

BEST Places to Visit in Orlando