Map of Florida Cities, List of Cities in Florida by Population

This is list of largest, popular Cities & towns in Florida by population and County. The largest cities of Florida are Jacksonville, Miami, Tampa, St. Petersburg, Orlando and Tallahassee.

Map of Cities in Florida 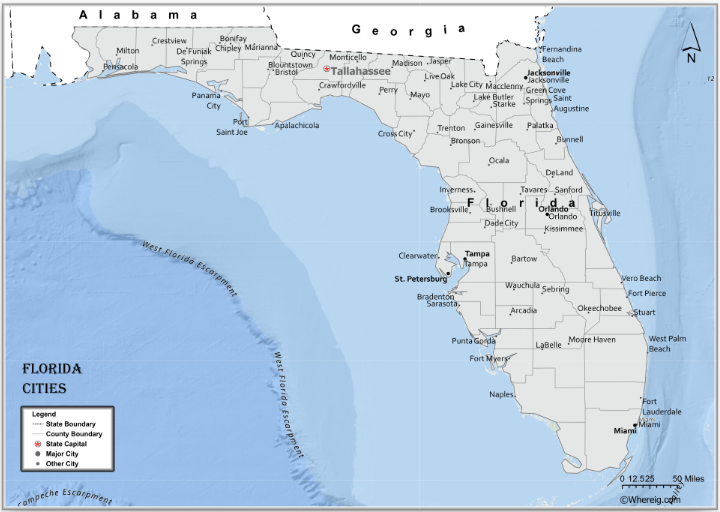 Florida is a state located in the South Atlantic United States. Florida is the 3rd most populous state with population of 21538187 residents as of 2020 United States Census data, and the 26th largest by land area, It cover an area of 53,625 square miles (138,887 km2). Florida is divided into 67 counties and contains 411 municipalities, It includes 282 cities, 109 towns, and 20 villages. Tallahassee is the capital city of Florida.