Map of Cities in Vermont, List of Vermont Cities by Population

This is list of largest, popular Cities & towns in Vermont by population and County. The largest cities of Vermont are Burlington, Essex, South Burlington, Colchester and Rutland. 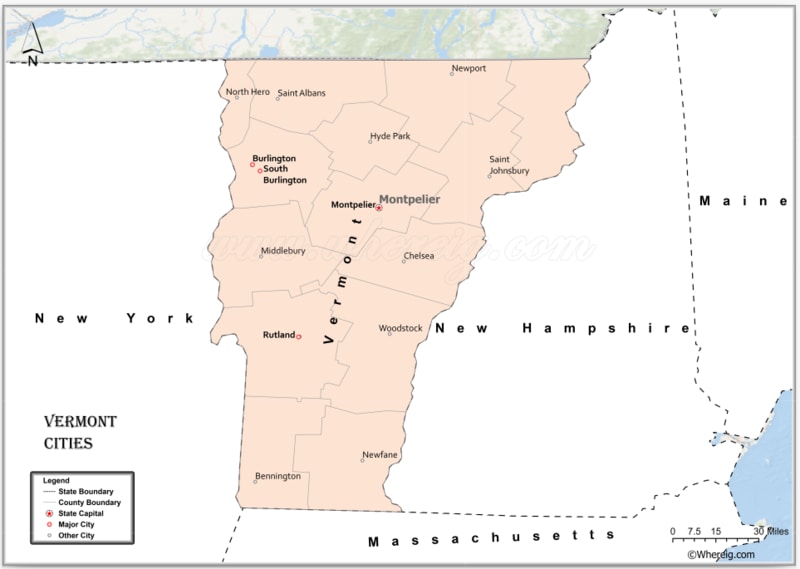 Vermont is a state located in the New England United States. Vermont is the 49th most populous state with population of 643,077 inhabitants as of 2020 United States Census data, and the 43rd largest by land area, It cover an area of 9,217 square miles (23,871 km2). The U.S. state of Vermont has 237 towns, nine cities, five unincorporated towns and four gores. Montpelier is the capital city of Vermont.

This is list of Cities and towns in Vermont by population, land area in sq mile, county and density.