Map of Cities in Wyoming, List of Wyoming Cities by Population

This is list of largest, popular Cities & towns in Wyoming by population and area in sq miles. The largest cities of Wyoming are Cheyenne, Casper, Laramie, Gillette and Rock Springs. 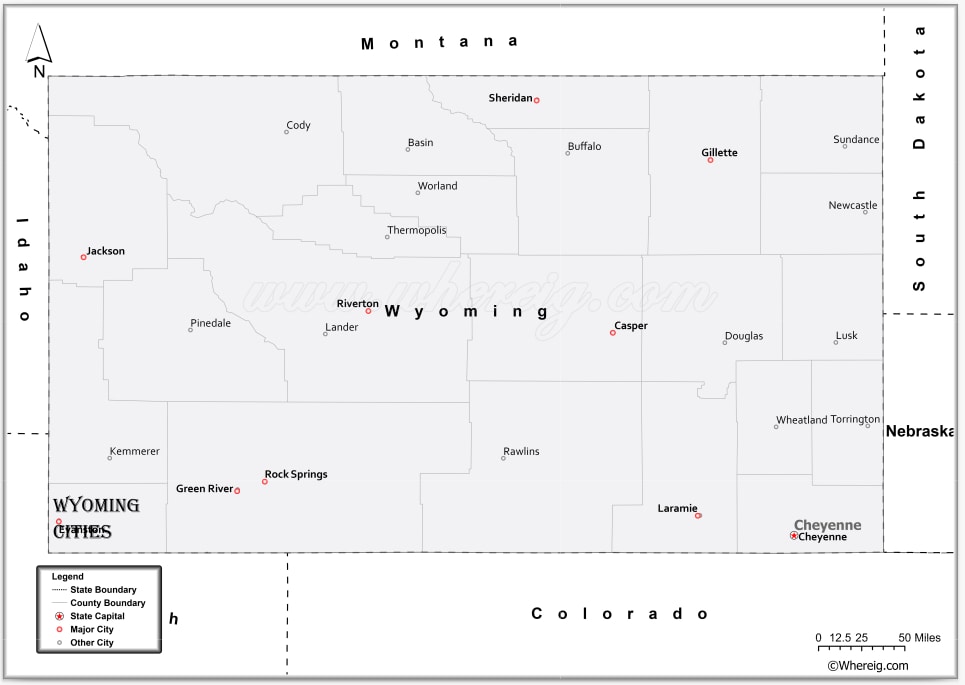 Wyoming is a state located in the Mountain United States. Wyoming is the 50th most populous state with population of 576,851 inhabitants as of 2020 United States Census data, and the 9th largest by land area, It cover an area of 97,093 square miles (251,470 km2). The state is divided into 29 counties and contains 99 municipalities. Cheyenne is the capital city of Wyoming.

This is list of Cities and towns in Wyoming by population, land area in sq mile, county and density.