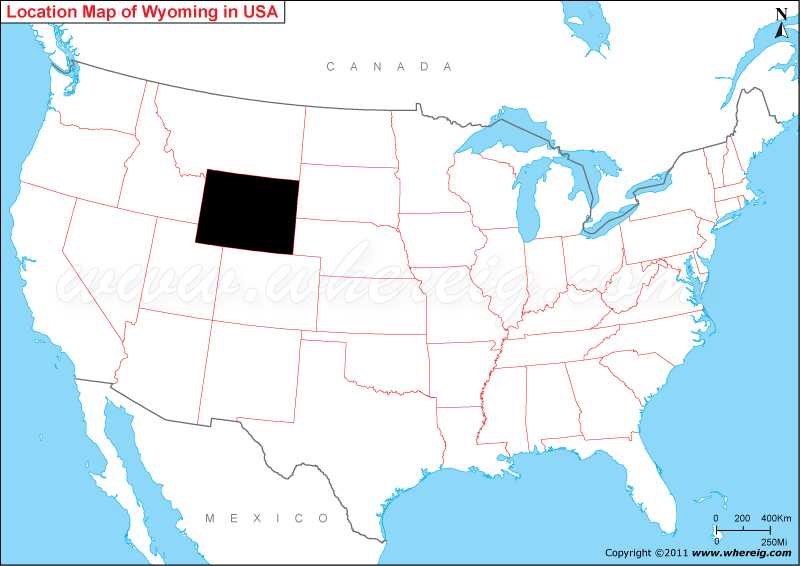 Map showing location of Wyoming on the US map.


Where is Wyoming State Located?

As shown in the given Wyoming location map that Wyoming is located in the central-west part of the US. Wyoming is a state in the Mountain region; most of the western part of Wyoming State is covered with the mountain ranges and hills in the foothills of the Eastern Rocky Mountains.
However, the eastern part of the state is high elevation prairie known as the High Plains. In terms of area, Wyoming is the 10th largest state in the United States but in terms of population, it is the least populous states. The capital city of Wyoming is Cheyenne. Cheyenne is the most populous city of Wyoming.
The climate of Wyoming ranges from continental to semi-arid. Geographically, the state shares its border with Montana in the north, South Dakota and Nebraska in the east, Colorado in the south, Utah in the south-west, and Idaho in the west. One of the most famous national park i.e. Yellowstone National Park is located in Wyoming. For the tourism purpose, the state has several landscapes to visit.