As shown in the given Ohio location map that Ohio is located in the Great Lakes region of the United States. Ohio map also shows that Ohio shares its borders with Pennsylvania and West Virginia in the east, Kentucky in the south, Indiana in the west, and Michigan in the north-west. 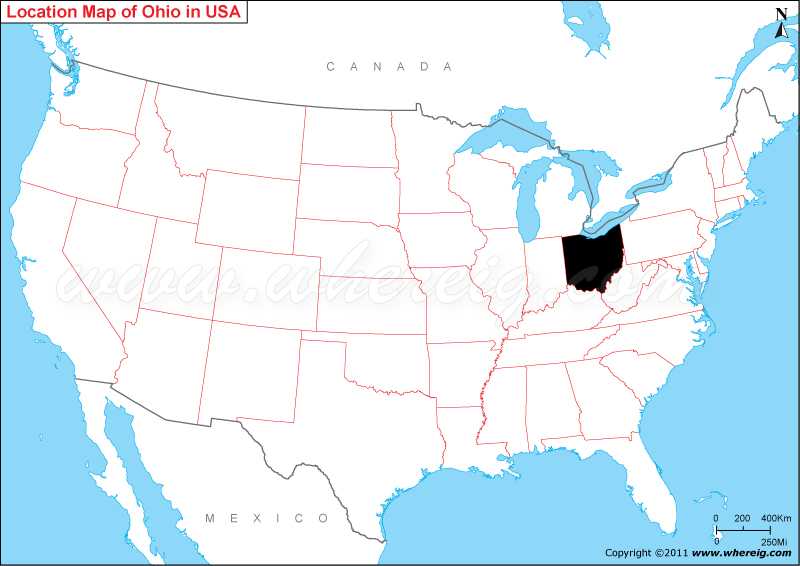 About Map: The Map showing Where is Ohio located the United States.

Where is Ohio State Located?

Ohio is one of the 50 states of the United States, Ohio is located in the northeastern edge of the Midwest region. Ohio is the 7th-most populous and tenth-most densely populated in the United States, with an estimate population 11,808,848. It is the 34th-largest by area, It covers an area of 44,825 sq mi (116,096 sq km).
The capital city of Ohio is Harrisburg. However, the largest city is Philadelphia; other important cities are Pittsburgh, Allentown, and Erie. Ohio is one of the industrial states that homes some of the top companies of the world enlisted in Fortune 500 companies e.g. U.S. Steel, H.J. Heinz, and PPG Industries.
The climate type of Ohio ranges from humid continental type to humid sub-tropical.