Where is Rhode Island? 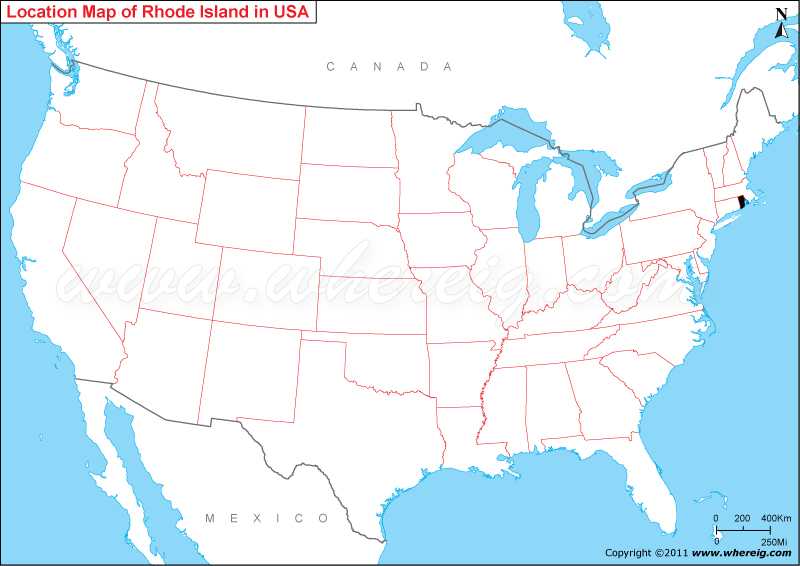 Where is Rhode Island located on the US map?


Where is Rhode Island State Located

As shown in the given Rhode Island location map that Rhode Island is located in the north-eastern part of the United States. It is a state situated in the New England region of the United States. The small state shares its border with Connecticut in the west and Massachusetts in the north and east. It also shares maritime boundary with New York in the south-west. Rhode Island was the one of the 13th states that declared independence from the British rule and last to ratify the US Constitution.
By virtue of its geographical location and having several large bays and inlets, Rhode Island is more popularly known as “The Ocean State.” Furthermore, the climate type of state is humid continental climate featured with cold winter and hot and rainy summer.
The capital City of Rhode Island is Providence; other important cities are – Warwick, Cranston, Pawtucket, East Providence, and Woonsocket.