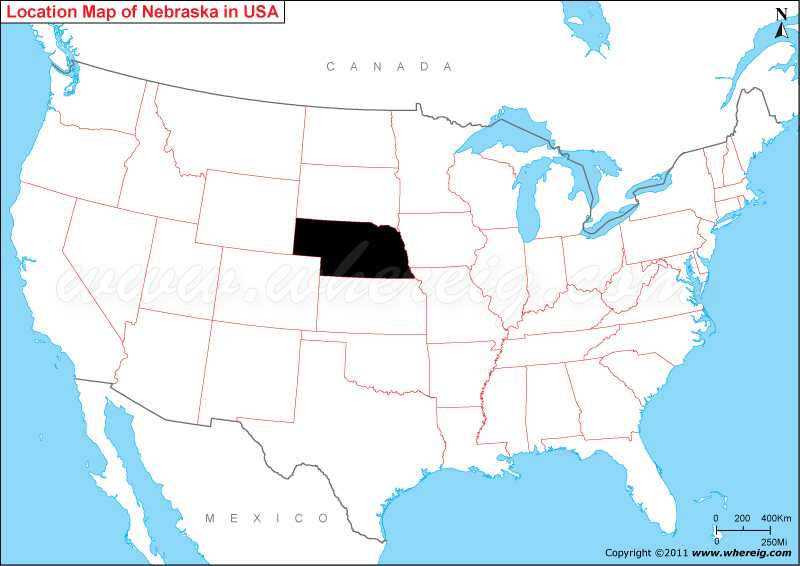 Map showing location of Nebraska located on the USA map?


Where is Nebraska State Located?

The given Nebraska location map shows that Nebraska is located in the central part of the US. Map of Nebraska also shows that it shares its state borders with South Dakota in the north, Wyoming in the north-west, Colorado in the south-west, Kansas in the south, Missouri in the south-east, and Iowa in the east. Likewise, Nebraska is located in the Great Plains of Mid-west United States.
The capital city of Nebraska is Lincoln; however, its largest city is Omaha. By virtue of being the part of Great Plains, Nebraska is one of the leading farming and ranching states of the US. The climate type of Nebraska ranges from humid continental climate to semi-arid.
Some of the most significant cities of Nebraska are Omaha, Lincoln, Bellevue, Grand Island, Kearney, Fremont, Hastings, and North Platte.